"THE SCARIEST PRESENTATION EVER": The Economic Endgame Hits Within 12 Months

Tyler Durden introduces what he calls "The Scariest Presentation Ever" with a single paragraph:

If Raoul Pal was some doomsday spouting windbag, writing in all caps, arbitrarily pasting together disparate charts to create 200 page slideshows, it would be easy to ignore him. He isn't. The founder of Global Macro Investor "previously co-managed the GLG Global Macro Fund in London for GLG Partners, one of the largest hedge fund groups in the world. Raoul came to GLG from Goldman Sachs where he co-managed the hedge fund sales business in Equities and Equity Derivatives in Europe... Raoul Pal retired from managing client money in 2004 at the age of 36 and now lives on the Valencian coast of Spain, from where he writes." It is his writing we are concerned about, and specifically his latest presentation, which is, for lack of a better word, the most disturbing and scary forecast of the future of the world we have ever seen... And we see a lot of those. 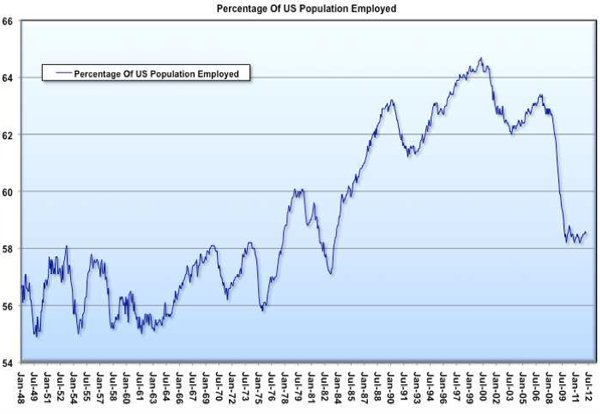 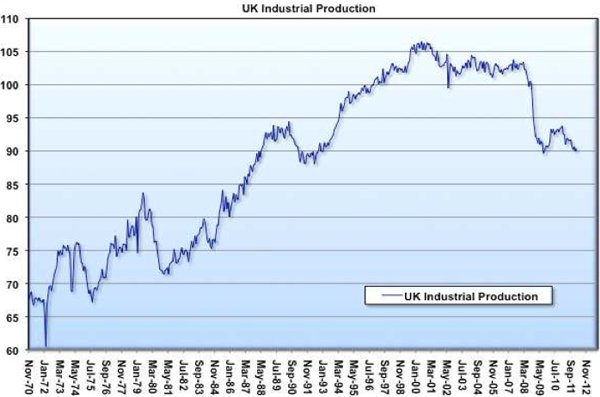 The western world is about to enter a second recession in an ongoing depression. For the first time since the 1930′s, we’re entering a recession. Before industrial production, durable goods orders, employment, and private sector GDP have made back their previous highs. Hear that again. For the first time since the 1930′s before we’ve made if back up on our feet. Usually we have a recession, it starts to grow again, and then we come back down. This is – this is a new trend.

Fact: This will to be the lowest cyclical peak in GDP growth in G-7 history. These are the weakest ever foundations on which to enter a recession.

The problem is down to one thing: Debt. 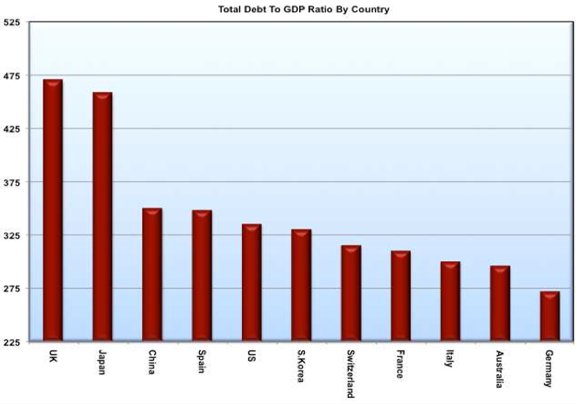 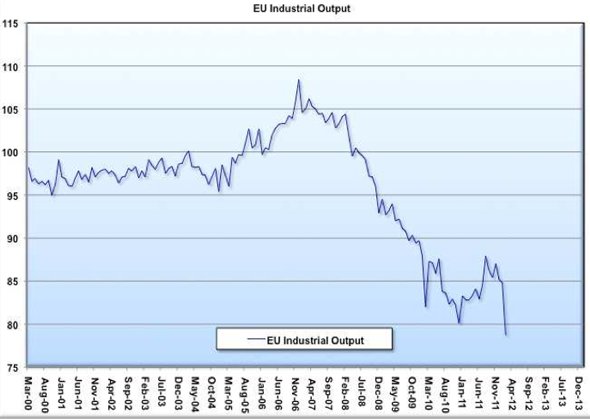 We are here. We don’t know exactly what is to come, but we can all join the very few dots from where we are now to the collapse of the first major bank, with very limited room for government bailouts... We can easily join the next dots from the first bank closure to the collapse of the whole European banking system and then to bankruptcy of the governments themselves. There are almost no breaks in the system to stop this and almost no one realizes the seriousness of this situation.

When the system has to be rebooted, who are the players that are designing that? This is why when people say to you, George Soros, why would anybody want this to happen? Because if you know the reset is coming, anyway, if you know it’s unsustainable, then you want to be the one to design what the future looks like.

From a timing perspective, I think 2012 and 2013 will usher in the end. You have to understand that the global banking collapse and massive defaults would bring about the biggest economic shock the world has ever seen. There would be no trade finance, no shipping finance, no finance for farmers, no leasing, no bond market, no nothing. The markets are, frankly, at a terrifying point of realizing that there is nothing they can do including quantitative easing to prevent this collapse.

We have Tim Geithner coming out and saying, The governments have to take this debt on. Then expect to be shut out of financial markets. Bonds will be stuck at 1% in the U.S., Germany, and UK, and Japan for this phase.

The whole bond market will be dead. 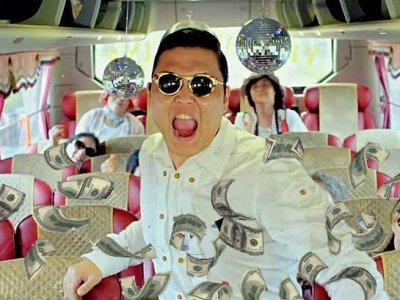 That means nobody wants to invest in companies. Short selling on bonds will be banned. Short selling stocks will be banned. CBS, banned. Short futures, banned. Put options, banned. All that will be left will be the dollar and gold. As defaults in governments and banks come to fruition, we risk a closure of the stock market entirely and a closure of the banking system as occurred in Argentina in 2001, Russia in 1998, and Brazil in 1999.

We have around six months of trading in western markets to protect ourselves or make enough money to offset future losses. Spend your time looking at the risks of custody safekeeping, counterparty, et cetera. Assume that no one and nothing is safe. After that put your tin helmet on and hide until the new system emerges. I wish I could see another option with an equally high probability, but I can’t find one. All we can do is hope that I’m wrong, but either way, a new system will emerge and it will open up a whole new set of opportunities, but we are going back 40 years in time and 1500 to 3000 years in trading.

I'm no economist, but you don't have to be an expert at much of anything to recognize that unchecked borrowing is unsustainable. This principle applies equally to individuals, corporations and governments. And the debts thus far incurred by corrupt officials around the world have passed the tipping point: they will never be repaid.

What happens when sovereign defaults occur? History teaches us that economic crises usually result in war and despotism. It will be up to Americans -- all of us -- to preserve the civil society and re-institute a Constitutional Republic.

at 11:55 AM
Email ThisBlogThis!Share to TwitterShare to FacebookShare to Pinterest
Labels: Democrats, Economy, Obama, World

"I'm no economist, but you don't have to be an expert at much of anything to recognize that unchecked borrowing is unsustainable."

I don't know why those simple common sense words are not understood by Democrats in Washington... or Paul Krugman. At some point I began to think Krugman and the liberals are purposely trying to destroy us. There is no other explanation because nobody is that stupid, not even Harry Reid.

Travis: They're not stupid. They're criminal.

The only thing left will be the dollar and gold...

And the rich? And the banks and corporations who are holding onto their profits and not investing? It won't matter if the dollar devalues by 90% - they'll still be rich, and still be in power, Conservatives, Liberals and Socialists alike.

These people aren't stupid...and, sadly, they aren't criminal either: They're simply looking out for themselves, just like Pharaohs, Caesars, Kings, Popes, Bankers, Presidents, and Generals. If history has taught us anything, it's that the rich will always exist and always be rich, just as Matthew 26:11 teaches us that the poor will always be among us. Unfortunately, history also teaches us that every attempt to create a "New World Order" or "World Government" has failed - and most of the time, at a horrible cost of human life.

I hope that we aren't at such a precipice now, but I don't know what's worse: The entire world caught in the grip of a depression... or, being "owned" by China (Genghis Khan would be jealous!)

Wrong, Travis. Harry Reid IS that stupid. I have a friend, who lives in the northern Nevada area. A few years ago, she told me that she made a field trip to Washington DC with a group of graduating seniors from a high school. Part of their trip included a meeting with Sen. Reid. My friend is a Democrat, but reported that Reid was "a complete idiot" and couldn't answer a single question intelligently, if at all.