MUST READ: We Have Lost

Spotted at Denny's Place, a guest post by Casey:

The most productive people, the small business owners, the entrepreneurs and the honest wage earners of America are so demoralized right now I am not sure we will recover as a country. We have lost the most important election of our lifetime and did so after giving our best effort, spent the most money ever and working the hardest we have ever worked. The very people that America needs the most to generate a real recovery now have the least motivation to do so and worse, lack the confidence necessary to even justify the effort. 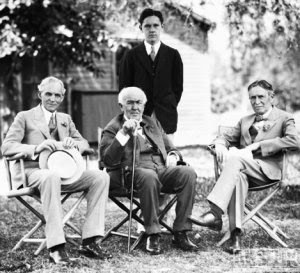 We opposed a foe who was so obviously incompetent, corrupt and inept in leadership we really expected a landslide victory and a redeeming mandate to return the nation to conservative values. Instead what we got was a harsh slap in the face by an American public telling us it is not like us and it no longer believes in what we believe in.

As a country we are hopelessly divided by a malignant polarization approaching that which divided us prior to the Civil War. Our side will not march in the streets, but the rebellion, protests and resistance will be just as determined -- though more subtle. The American can-do spirit, our optimism, our traditional dependence on our own ingenuity is now mere kindling on the advancing flame of an insidious yet steadily advancing socialism.

Those of us who create real jobs, invest our capital, our fortunes and take the risks to build America, feel betrayed. The fundamentals of honest effort and hard work rendering the rewards associated with capitalism seem now like a cruel joke. We are now a targeted enemy not to be governed but coerced into submission by a lazy, corrupt, vindictive, arrogant government that is out for revenge, redistribution -- and to add a final insult -- one we believe is too morally bankrupt to lead. 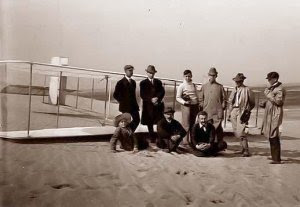 The usual safeguards for a democracy found in a vibrant, independent press have lost any semblance of objectivity and instead have joined a side. What used to be principled, independent reporters have morphed into dishonest pundits spewing a disgustingly relentless partisan bile that neither informs nor educates. They are shallowly manipulated by the political marketers to the point that their words lack meaning. The "fourth branch" of government has become nothing more than an empty cathode ray irradiating a mind-numbed audience like a repetitive Beavis and Butthead rerun.

We have elected a President who not only feels we did not work for what we have, but feels we do not deserve it either. Had it gone the other way, Obama supporters would have torched America. Instead they will now legitimately consume it by gnawing at the soft underbelly of what was once her prosperity. Our Judeo-Christian culture -- that those on the left revile and call "extreme" -- now has as much relevance as a three-minute YouTube video.

Fighting for God and Country has now a new meaning, they will fight for Obama-Bucks, work the system, because this President gave them the right to do so.

P.S. For starters, my next car(s) will be built, at a non-union plant, located in Lincoln, Alabama.

Denny adds, "My two BMW's were both built in South Carolina. I will never purchase an American car built by the UAW."

I agree. For starters, anything built by a union here in America should be ignored. If they're at war with us, we need to return the favor.

No problem - just show them videos of Joseph Stalin plucking the chicken, then the naked chicken comes and eats out his hand. That's who they are.

Yes, we lost ... lost big, but to my dismay, close to 2 million "conservatives" stayed home to make a statement.

Well, they sure did that--at the expense of the United States of America. They would rather have a communist in the white house than a mormon.

Mustang: So now they've got both.

"They are shallowly manipulated by the political marketers to the point that their words lack meaning."

Unfortunately, the source of that problem lies with the prominent J-schools in this country.

Don't forget about going to war with Hollywood. Get a seedbox overseas and torrent your movies and music. Hit'em in the pocketbook.

Every darn time we run with a RINO we lose...except in the case of George Bush and his compassionate conservative bull. Our nominee has to secure the base or forget it. Mitt thought he could win with independents alone. Wrong. Obama was securing his base for 4 years. The other part is...liberals control the schools, the media and now government. We have to turn this around soon or we are completely toast.

This is exactly what I mean by starving the beast. We have to stop working for THEM, and make sure we work only for US.

It is all well and good to claim you will refuse business with the obvious enemy,..but sadly we are now few and shrinking rapidly as more and more realize they can depend on the government to steal from the successful and give freely to the undeserving.

My fellow Americans, now is not the time to grit teeth and make half enthused proclamations of what should be done. The time for words is long beyond its end,..if you are unwilling to take the drastic actions required to correct the tipping of this great nation, then you are no better than those that push us further over the edge.

Get out and let your voice be a shout, remove all things that give profit to our common enemy. Do your research, if a company is liberal in its policies or a supporter of this caustic regime then let them know, their goods and services are no longer in demand. Refuse them and seek alternatives.

Stand in protest for causes not of your own, but for those whose causes name an enemy common to your own causes. Too often we speak and complain, awaiting the tired dogs of politics and parties to finally do what is right,..and yet this nation is based on the principle of "We the people" not they the politicians. Do not wait for them, stand now and act.

Let your actions be swift and carry a strong blow, rip down the walls socialism, burn the cancer from this nation, and let it be reborn from its own ashes.