My apologies for the following photo. 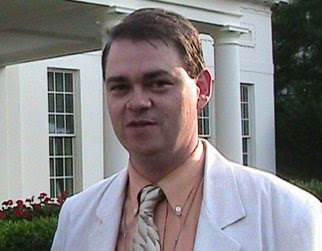 This disturbing visage belongs to one Tommy Christopher, the most extreme of Mediaite's eclectic collection of leftist kooks, losers and outcasts. You've never heard of him before, because: (a) he writes for Mediaite; and (b) he's such a radical leftist, even for Mediaite, that the editors have had to tamp down his enthusiastic support for the modern, Marxist-dominated Democrat Party.

In other words, he's an outcast among outcasts.

And his latest masterwork -- "Be Thankful Barack Obama Is President During Latest Gaza Violence" -- offers us an intriguing glimpse into the illogic, inanity, and moral depravity of the American progressive. 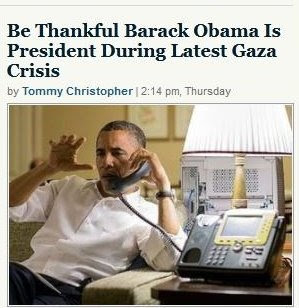 White House Reporter Tommy Christopher declares: “Elections have consequences, but rarely do they become as evident, as quickly, as they have with regard to the recent violence in and around Gaza.” The Israel-Hamas truce, he writes, has saved lives “and it would not have happened without the United States’ involvement.”

In contrast with President Obama’s performance, Christopher points to Mitt Romney’s statements about the Palestinians in the secretly-recorded video published by Mother Jones in September as evidence “Romney was never up to the job of replacing” Obama...

...How do you make peace with someone committed to your destruction? Hamas’ military wing this past week boasted to Israel that they “love death more than you love life.” Even Mahmoud Abbas’ Palestinian Authority which rules the West Bank hasn’t always shown its peace-embracing side. The Palestinian Authority gives generous monthly salaries to convicted terrorists serving time in Israel for killing Israelis – the more severe the crime, the higher the salary. Since the U.S. gives aid to the Palestinian Authority, that means the American taxpayer is funding handouts to terrorists. These being but a few of the countless examples of the Palestinians’ glorifying terrorism, was it really such a stretch for Romney to conclude the Palestinians don’t appear to want a peaceful resolution to the conflict?

Interestingly, Christopher ignores the obvious correlation between Obama's reelection and the timing of the Hamas terror attacks.

It is impossible not to notice the timing of this week’s incipient Middle East regional war. It comes approximately one week after Barack Obama was re-elected to the presidency. Last Tuesday, Obama won re-election; four days later, Hamas began firing rockets on Israel’s southern cities in a new wave. The day after that, Syria began shelling Israeli positions in the north. And two days after that, the Palestinian Authority told the press that they would be making another bid for statehood at the United Nations; the same day, riots began in Jordan over gas price increases... The region is descending into war because of weakness in the White House...

But the Hamas terror group's latest offensive represents only a tiny fraction of the foreign policy failures for which the Obama administration is directly responsible. 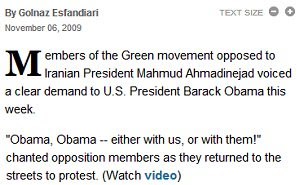 • Failed to support Iran's "Green Revolution", which could have deposed Iran's radical dictatorship without a shot being fired

• Threw an ally -- Egypt's Hosni Mubarak -- under the bus, which led to the Nazi-aligned Muslim Brotherhood seizing power

• Allowed Libya's government to fall, yielding to the rise of Al Qaeda in the region and resulting in the deaths of four Americans in a terror attack

Tommy Christopher is a hack and a joke. The only way President Obama's foreign policies can be considered successful is if the goal is the creation of a new Caliphate.

HA! Tommy "Not My Real Name" Christopher is the biggest hack on the lefty blogs.

Does he not realize that Obama will be prez til JAN? His arguement is invalidated!!!!!!!

I was going to send this piece of hack work to you. It's impressively bad.