KNOCK KNOCK: Who's there? Hellfire. Hellfire who?

Hellfire missile up your kazoo. 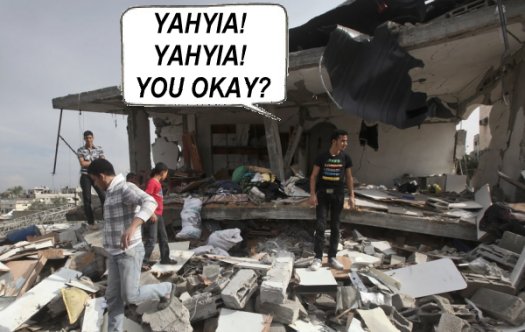 The assassination was directly ordered by Chief of Staff Lt.-Gen. Benny Gantz.

Army sources say that Byya was directly responsible for the majority of rockets that have been fired on Israel.

Hey, the IDF gave the erstwhile Nazis fair warning. They told them a few days ago to not show their faces above ground.

Hey, Yahyia, can I get you some ice for that?