Misunderstanders of Islam Arrested Trying to Bring WMDs into U.S.

But let's give 'em a state!

Two Pakistan-born brothers living in Florida have been arrested on charges of providing support to terrorists and conspiring to use a weapon of mass destruction within the United States, authorities said on Friday.

The men were charged in a grand jury indictment announced by the U.S. Attorney for the Southern District of Florida. Federal prosecutors allege the men, both U.S. citizens, provided money, housing, communications equipment and transportation as part of a conspiracy. 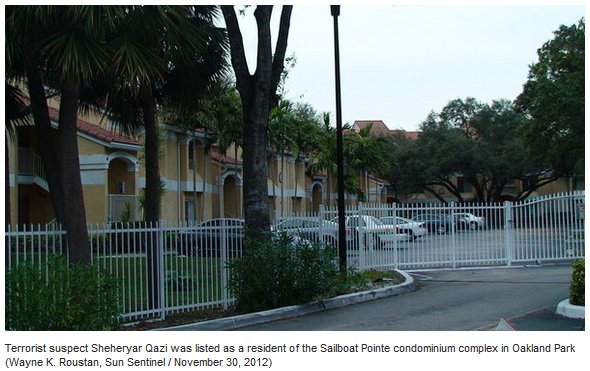 A statement from prosecutors said the brothers’ alleged goal was “to use a weapon of mass destruction (explosives) against persons and property within the United States“. It did not elaborate and U.S. officials declined to go into details but said the arrests were not the result of a sting operation.

... “Any potential threat posed by these two individuals has been disrupted,” U.S. Attorney Wifredo Ferrer said in a statement.

The accused were identified as Raees Alam Qazi, 20, and Sheheryar Alam Qazi, 30. They were arrested on Thursday in Fort Lauderdale and made an initial appearance in federal court on Friday.

This thought just popped into my head: the word irony can be defined as "The New York Times building being leveled by a WMD originally manufactured in Iraq under Saddam Hussein."

They understand the warped, hijacked version of Islam they were probably force-fed since they were in diapers JUST FINE, tho