How much more misery will Illinois' beleaguered "middle class" tolerate before throwing out the Democrat bums who led them into this rat-hole?

Quite a bit more, if history's any guide. 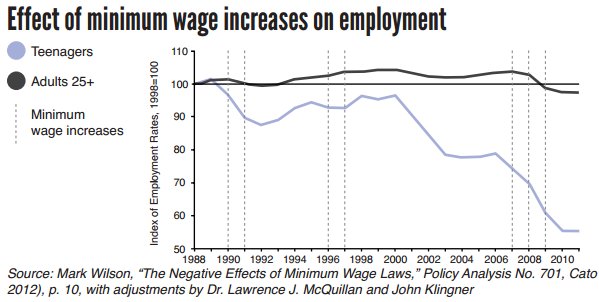 In short, each time the Democrat masterminds try to engineer society, they fail. Miserably.

The Great Recession and the post-recession years have hurt all Americans, but one group particularly hit hard has been teens. From 2002 through 2007, before the recession, an average of 37.08 percent of Illinois teens aged 16 to 19 were employed. The unemployment rate averaged 16.2 percent, with a low in 2006 of 11.5 percent. 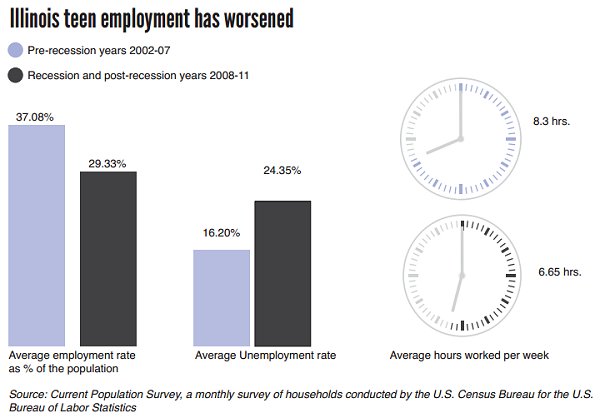 Reaganite Independent said...
This comment has been removed by the author.
2:45 AM

The guaranteed way of holding the poor, the minorities and the disenfranchised out of the mainstream is if you price their original services too high..." -Art Laffer

SHOULD BE REQUIRED VIEWING: