HEY, BOEHNER AND KRISTOL: Yes, by all means, let's go back to the Clinton-era tax rates!

I want to address the rocket scientist RINOs typified by House Speaker John Boehner and commentator William Kristol, both of whom have expressed a willingness to "compromise" with Democrats and raise taxes on "millionaires". And by "millionaires", they of course mean any individual making over $200,000 and any family making over $250,000. And, as everyone knows, a substantial number of these folks are small business owners, who account for roughly half of all the jobs created by small business.

I would like to unleash a rant on these two, but first, please read this item spotted while surfing the web. 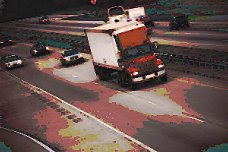 I’m a California Republican (I know, masochistic, right?) and the local talk radio is full of small business owners calling in and discussing their plans.

One man, owner of a trucking firm in Ventura — 75 employees, $6 million payroll — discussed how even as times have been tough over the last few years, he’s made it a point to make his payroll, even dipping into his own savings.

He was walking by the breakroom and heard some of his employees snickering about the election and they had wanted Obama to stay President to make sure the rich pay. He then thought “what am I putting myself at risk?" He then went and canceled his order for six new trucks (approximately $600,000 worth of an order) and is planning to layoff 20 or more people.

What Mr. Kristol and Mr. Boehner don't understand -- aside from basic arithemetic, logic, history and reason -- is that small business doesn't need to tighten its belt. Government does.

But why, asks the President, can't we go back to Clinton-era tax rates? That seems reasonable, right? 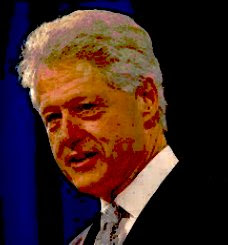 Oh, sure. We can go back to Clinton-era tax rates.

Just as soon as we go back to Clinton-era housing prices.

You starting to get the picture, geniuses? Democrats are never satisfied! Never! In good times and bad, government grows like an enormous, metastasizing tumor, eroding our liberty and eating away at our private property rights.

Democrats tamper with housing prices (see: Fannie Mae and Freddie Mac) and they destroy the housing industry. They back student loans, making it easy for colleges to raise tuition prices far faster than the rate of inflation. They nationalize health care for the elderly, indigent (and now, everyone) and health care prices skyrocket.

Democrats grow the government. That's what they do.

In other words, Democrats constantly try to evade the very Constitution they took an oath to uphold! They incessantly evade the very document that was explicitly designed to check their own corrupting ambitions!

And accomplices like Boehner and Kristol don't have the common sense to even figure out that they are being played. In fact, guys like this aren't real Republicans. They are Democrats Lite. They're a slightly watered down version of the Marxist Left; they are so addicted to the concentration of power in Washington that they can't even see the diminishing circle of liberty -- a veritable noose -- tightening around our collective necks.

Boehner, Kristol, Rove, and the rest of these Democrats Lite must be ridiculed at every turn. They must be mocked. They need to be shunned. And they need to be cast out from the real Republican Party.

They're not statesmen, they're not thoughtful, and -- worst of all -- they're not leaders. They are useless and they need to be ignored.

Yes, ignored. After we give them monster-wedgies, and laugh at them.

You're a delusional fuck.