What if Benjamin Franklin had been a progressive? Well, for one thing, no one would have ever heard of him, but -- more importantly -- some of his quotes in Poor Richard's Almanac would be dramatically different: 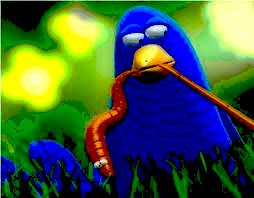 • The early bird shouldn't get the worm, in the interest of fairness

• Honesty is the best policy, except when serving in public office

• Energy and persistence are overrated

• Never do today what you can leave till tomorrow

• God helps those who help themselves to others' labors

• Rather go to bed with dinner and rise in debt

• The Constitution grants people the right to happiness, whether they pursue it or not

• Early to bed and early to rise, makes no difference, because in the interest of fairness, those who rise late should be treated equally

Each of these quotes represents the antithesis of their original intent. Yet each represents a platform of the modern Democrat Party.