A quick review -- and a reminder that elections have consequences. 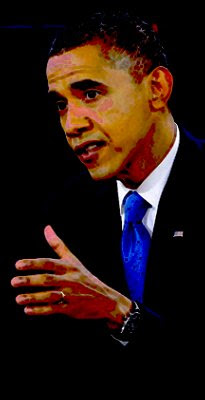 • Egypt -- an ostensible ally of the U.S. and Israel -- was thrown under the bus by Barack Obama, ceding control of the country to the erstwhile Nazi-aligned Muslim Brotherhood

• Algeria and Tunisia are likewise aligning with Al Qaeda

• Jordan, Israel's last regional ally -- is also about to fall

• And Turkey, once a secular and stabilizing force in the Middle East, is now succumbing to a radical brand of Islamism. Even better: it's a member of NATO

And where is Barack Obama as the rockets fall on Jerusalem, Tel Avis and Sderot?

Who knows? If you have Beyonce or Jay-Z's cell numbers, perhaps we could find out.

And remember: if Israel falls, we're next.

No, the threat is .. if an all out war on Israel occurs, the price of oil will at least triple, as it always does when Middle East conflict occurs. And if that happens, the world economy collapses and a world wide depression which will probably dwarf the hardships of the Great Depression will commence.

At which point, the person most responsible for all of this, Barack Obama will be elected president for life by a grateful Obamajugend electorate who will have been reduced to practicing cannibalism to survive

I'm sorry, did I sound a little too cynical there?

the muslim brotherhood ws founded in 1928.

for 80 years they tried and failed to tke over.

obama accomplished it in 2 years.

the worst is yet to come...

Actually Europe is next, and their pop culture is conditioning them to go willingly. Then us. Read "America Alone" by Mark Steyn. Not a fun read.

Of course there will be a great gnashing of teeth from the Liberal Jews here as our Dear Leader does nothing, they of course won't understand why.