So I was at the pharmacy this afternoon picking up a prescription for my Mom. I happened to spot a large pile of Pampers-brand diapers stacked haphazardly next to one of the pharmacist's work areas. 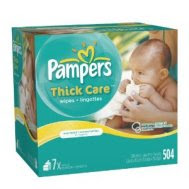 I jokingly asked the pharmacist, "What are those -- prescription-strength diapers?"

He went on to explain, "Actually, those are diapers paid for by the government."

"People who say they can't afford diapers can get a prescription written for them. Then the government picks up the tab."

"Yep," he said, shaking his head, "You'd be amazed at what the government's paying for these days."

And then I read this story (hat tip: Mark Levin): 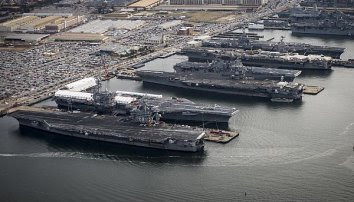 The U.S. Navy will delay the refueling of the aircraft carrier USS Abraham Lincoln (CVN-72) for an unknown period because of the uncertain fiscal environment due to the ongoing legislative struggle, the service told Congress in a Friday message obtained by USNI News.

Lincoln was scheduled to be moved to Huntington Ingalls Industries’ (HII) Newport News Shipyard later this month to begin the 4-year refueling and complex overhaul (RCOH) of the ship.

“This delay is due to uncertainty in the Fiscal Year 2013 appropriations bill, both in the timing and funding level available for the first full year of the contract,” the message said... “CVN-72 will remain at Norfolk Naval Base where the ships force personnel will continue to conduct routine maintenance until sufficient funding is received for the initial execution of the RCOH.”

The move by the navy is the second this week involving funding for carriers. On Wednesday it announced it would delay the deployment of the USS Harry S. Truman (CVN-75) to the Middle East do to the ongoing budget strife bringing the total number of carriers in U.S. Central Command (CENTCOM) to one until funding normalizes.

The most fundamental task of the federal government is to protect the United States. And a handful of aircraft carriers are critical to maintaining control of the seas and the trade that is integral to civilization.

But for this president, Pampers -- and any other form of wealth redistribution -- always trumps the military.

And Pampers, for those unfamiliar with the iconic brand, are premium diapers. They're probably among the most expensive diapers you can buy. And those are what the government has decided to give the freeloaders -- many of whom we know for a fact are gaming the system -- when many taxpayers with toddlers struggle to afford any diapers at all.

Money's no object when it comes to wealth redistribution!

And there's nothing to cut, don't ya' know?

The government itself admits that it wastes at least $125 billion in fraud, theft and abuse of the system. In reality, we can surmise it's probably double or triple that amount.

Barack Obama likes to talk about closing loopholes in the tax code. But he never talks about closing the ripoff loopholes that would fund a significant chunk -- if not most -- of the entire defense budget.

This president and his party are setting the stage for the destruction of American society. They are spending and borrowing on a scale that has never been seen before in human history. They are recklessly and wildly redistributing cash, with untold waste, as fast as they can, on everything but protecting the nation. They are monetizing so much debt, so fast, that the risk for out-of-control inflation increases each and every day.

There will be a reckoning, that much is sure, and when it comes the only question is whether the United States will survive as a free nation.

And if I'm not mistaken the sailors on board CVN-72 will receive sea pay until it goes into RCOH.

Hello,
Instead of laughing at the pile of diapers that you saw at the pharmacy, I was irritated by the fact that the government is wasting money for buying those.