And by "liberals", I mean classic liberals, not the Marxist-dominated Leftists that have subsumed the lifeless husk of the Democrat Party. 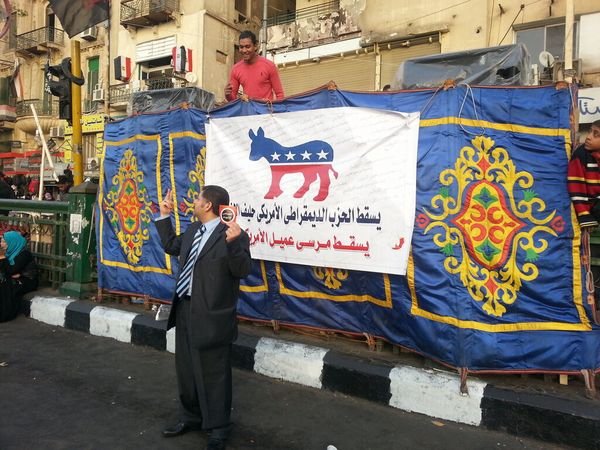 Translation: "Down with the American Democratic Party the ally of Morsi, down with Morsi the infiltrator of America."

President Obama is giving away F-16s to the Muslim Brotherhood-controlled Egyptian government, but withholding them from our longtime ally Taiwan.

At the same time, Egypt's "President" Morsi and Iran's Mahmoud Ahmedinejad are in the midst of forming an alliance that will target the "Great Satan" (the U.S.) and "Little Satan" (Israel) as surely as night follows day.

Agree with you about the F16s should not be going to Egypt but who will fly them? Who will maintain them? Who will provide the parts/weapons that these planes need? Who is paying for all of this?