Beware the Democrat who claims he has discovered the free market

By Victor the Contractor

Much has been written about the Obama Presidency -- and the impact it has on politics in the United States and abroad. Nine or ten figures of capital was spent winning his election, from selling the idea of a return to ethics or his plain promise that his would be the most open governance in history. 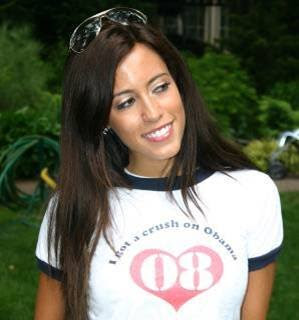 President Obama was going to throw open the doors to the legislative process and even bring cameras into the negotiations for health care reform. A huge gamble was taken by the Democrat Party, in that setting such open and lofty goals would be enough to win the election and that there would be enough momentum to govern and reshape the political landscape in their desired image.

Well, I have some bad news.

The White House has failed in its bid to keep the hearts and minds it so enthusiastically courted during the last election. Pledging to govern with an open mind and a televised process is all well and good until the swearing in ceremony, and then the rubber meets the road. Or in GM and Chrysler's case, the (unwanted) rubber sits in the showroom while the American people pay for a hundred thousand union members to pretend to manufacture automobiles of questionable quality.

In fact, this Presidency has been the antithesis of open. Nobody knows what is going on in the White House, least of all its principal occupant and his cabinet. From day one there has been an 'invisibility cloak' thrown over the Congress and the White House, both in terms of access to the process of governance and the legislation.

President Obama has established a Kremlin-like leadership style. He dictates from on high and has a complete disdain for criticism -- or even questions concerning his rationale. His is the affectation of the royal, who decrees and answers to no one. 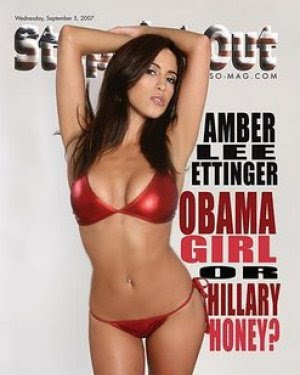 And the first loss is the most shocking because most expected the courts to side with his vision of the world. A rebuke by the courts shows him to be human, fallible and perhaps even an outsider. Perhaps he is a man who won election but as of yet is untested in the role of leader. And the courts will be no pushover when the President chooses to enact extra-constitutional authority.

This man-child has used his 'Audacity of Hope' spiel to set up a Kangaroo Kingdom of sorts, where he decrees -- and the press trumpets -- his success. No matter that his policies are dooming the economy or that his lack of savvy exposes a Marxist agenda at every turn.

As a President he looks like a monumental failure already, allusions to the inglorious Carter presidency not withstanding. Mr. Obama has no plan to govern; he possesses only an agenda of nationalization and socialization, the likes of which America has never before seen. What a pity for those who actually believed in his flowery prose and evocative dream weaving! So desperate were the Democrats to have a modern JFK that they settled for a well spoken but incompetent SOB.

• President Obama said that the police "acted stupidly" in arresting Harvard University Professor Henry Louis Gates Jr., who was obviously picking a fight with a police officer. No matter that the officer was investigating a possible home invasion 911 call. Ignorance of the details did not stop the President from offering illumination into his skewed worldview. As CINC, he should have known better.

• "The American people should know that from the moment this disaster began, the federal government has been in charge of the response effort." Was that an effort to improve his golf game? He later claimed to have convened a special group to oversee the disaster. Why no one had heard of this group for 60 days... and why they waited to months act was anyone's guess. And are we talking about oil or the economy here? Does it really matter?

• The White House's tax-and-spend programs are bankrupting the country even as their economists decry capitalism and proclaim the failure of a market-based economy. Curiously, they ignore a 14 trillion dollar debt and a two trillion dollar budget deficit for fiscal 2010. But we have to spend our way out of the recession with China's money, don't we? The Democrats' strategy? Buying the unions and hapless Progressives: $50 million. Buying the unemployed and the illegal vote: $2 billion. A four trillion dollar budget while taking $2.3 trillion: priceless. 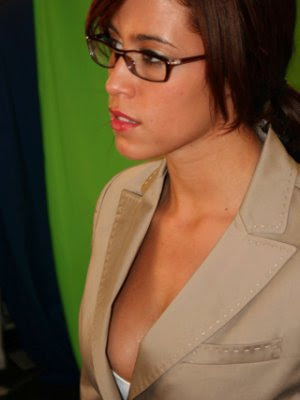 • The agonizingly moronic lawsuit against Arizona for trying to help ICE do its job is a blatant effort to legalize illegal aliens. Or, as a caller to Rush Limbaugh's program called them: "Undocumented Democrats". Their transparent project to add to Democratic voter rolls adds a particularly distasteful aspect to this proceeding. That the President's 'Justice' Department is suing to sideline a law they are charged with enforcing is beyond hypocritical. It leads one to believe that his ends justify any means. This is a new low for even Obama.

• The now-forgotten Health Care Reform Act saps a trifling $650 an employee in its first year from businesses with more than 50 workers. That "fine" balloons as the years pass to $2000-per-worker. I've been reading the numbers -- and there are too many new taxes to mention here. Suffice it to say that this bill is a candy store for the Government... and the spending will be legendary! That 85% of our citizens don't want this pig-in-a-poke is of no consequence to the rabidly socialist White House and compliant Congress. This bill alone could cause an economic depression!

• The Cap and Tax bill reminds many of the tortuous Carter Presidency, where a man in over his head tried to govern with the advice of fools and the enthusiasm of a funeral procession. Nobody could depress consumption like President Carter. And his speeches were greeted with immediate stock market losses (look it up!). Much like our present 'Pretender-in-Chief', Carter tried to cap our production, our consumption and every other aspect of our commerce. These steps will stunt any recovery and lock in our effective double-digit unemployment rate.

• The Spendthrift ethos of the White House may cause a Depression. In 1933 our Government defaulted on our bonds. We hit a reset button for debt. I understand that action caused a worldwide debt default and a deeper depression. I read that only the Netherlands repaid its notes -- and only as a point of honor. With a $14 trillion dollar debt, and a deficit that is swelling monthly, we can not afford to authorize unlimited stimulus bills that just put off the inevitable collapse of the economy. Do not be fooled, the residential and commercial real estate markets are still in critical condition. With a third of new mortgages taken out as refinancing and something like a third of housing sales being sold by the banks we are not out of the woods yet. And commercial real estate has not felt the brunt of the foreclosures yet as banks are putting off those proceedings indefinitely to forestall a collapse in that industry as well. Add to that a 9.7% level of (official) unemployment and you have the makings for stagflation and a repeat of the backing and filling of the economy like we experienced in the 1970's. Economies grow through consumption, not Government spending, welfare checks or unemployment extensions. Spending programs, especially on 'shovel ready programs' which are in reality just addendums to existing bloated budgets just drive up our debt. What you sew, you reap. And we are sewing a deep Depression in this country. We shall reap the whirlwind.

I truly hope that this article is instructive. We can't keep legislating our rights away and expect to prosper. If we allow this growth of government to continue unchecked we will have a welfare state -- and all of the blight and rationing that accompany it. Even the planners of the Health Care Reform Act admit that rationing will be the order of the day. They rationalize their plans: they say it will be more fair than an insurance company. But when has any government run any business efficiently? Name me one, if you can! Even the Post Office is going for another two-cent increase per letter. So much for streamlining.

Beware the Democrat who claims he has found the religion of the free market!

We must sweep Congress clean of the spendthrifts this November! Anyone who voted for Health Care Reform or "Stimulus" should be afraid. Very afraid.

Did you also mention the disaster of naming Hillary Clinton as his Secretary of State?

That 'Smart Power' flop is a laugh riot.

A CACKLE CACKLE on a daily basis.

Remember when Hillary Rodham stood in front of one of the most famous Religious Icons in the World down in Mexico, and foolishly asked "who painted it"?

She revealed just how clueless 'Smart Power' and the Democratic Party truly is yet again.

Russia is eagerly taking advantage of the sophistry and weakness. So are many other dangerous threats in the World.

What can one say?

As Obama tells us we cannot 'meddle', while Iranian Despots slaughter their own protesting their own monstrous Dictatorship.

It is an American Tragedy, not just Obama, Pelosi, Reid, Clinton, etc., but the entire DEMOCRATIC PARTY.

A sincere disaster for all.

Has any Democrat actually held a job where they had to meet payroll, pay taxes and other expenses out of money produced by sales?