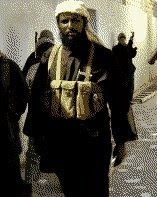 A recurring theme over the last decade has been Muslim-on-Muslim violence.

• The International Criminal Court (ICC) in the Hague charged the President of Sudan with genocide, citing 300,000 killed in Muslim-on-Muslim violence that has left 2.5 million in barbaric refugee camps.

• In Uganda Sunday, 75 people -- mostly Muslims watching the World Cup -- were killed by al-Shabab Islamists linked to al-Qaida. The barbarians believe that watching television is against Islamic religious law and that any Muslims who violate their dictate should be killed. 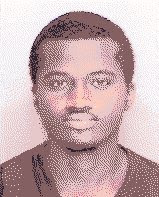 • In this country, a mosque was set afire just last week. True to form, the apologists who were named as co-conspirators in terror-funding trials -- also known as CAIR -- were quick to leap to conclusions, stating "given the recent wave of incidents targeting American mosques, a possible bias motive for this apparent arson attack must be considered... Unfortunately, there is a vocal minority in our society promoting anti-Muslim bigotry..."

Turns out a Muslim named Tamsir Lucien Mendy was charged with the crime.

at 9:09 PM
Email ThisBlogThis!Share to TwitterShare to FacebookShare to Pinterest
Labels: extremism, War

It's a Muslim preacher talking about the End of Days, Gog&Magog style:

The European Zionists are the spawn of illegitimate Khazar converts,
who converted to both Christianity and Judaism to take over the world. They
are at the root and lead of the evil New World Order, Gog-Magog-Zionist,
anti-Islam conspiracy.
- The purpose of Gog and Magog is to punish the Jews because they
rejected Muhammed. Jews were allowed back from their exile so they would
convert to Islam