I haven't exactly been impressed with the leadership and charisma of Mitch McConnell over the years. But he definitely deserves credit for pimp-slapping Rahm Emanuel and the White House earlier today.

Senate Republicans are still fuming over the recess appointment of Donald Berwick to head the federal agency in charge of Medicare and Medicaid.

Top 10 Rejected DemCare Slogans
10. Why choose an expensive treatment when pain-pills will do?
9. Assisted Suicide: Do it for the Children
8. We Put the Rash in Rationing
7. Ask Us About Our Discount Placebo Program!
6. Only Selfish People Beg for CAT Scans.
5. Take a Number! The Bureau of Health Waiting Rooms reports the average wait time is now down to 123 minutes (in some locations)
4. Quack isn't just the sound a duck makes: we're importing medical experts from Mexico as part of our new Health Amnesty Program!
3. Shut up, take a seat and wait for your number to be called, Mr. GB21708-4.
2. Rahm Emanuel perusing your medical records: what could go wrong?
1. Sound mind, sound body -- take your pick.
In retaliation, Senate Republican Leader Mitch McConnell (Ky.) blocked a Democratic request Wednesday evening to advance two of President Obama’s nominees to the U.S. Court of Appeals for the Fourth Circuit.

Obama used his constitutional prerogative to circumvent Senate confirmation of Berwick by appointing him the administrator of the Centers for Medicare & Medicaid Service during the July 4th recess.

Republicans struck back by blocking an effort to schedule a vote on two of Obama’s judicial picks: North Carolina Court of Appeals Judge Jim Wynn and North Carolina Superior Court Judge Albert Diaz. Obama tapped both for the Fourth Circuit.


Berwick's recess appointment magically transformed him into the most influential man in the health care industry, wielding the power to set prices and regulate every aspect of health care delivery. 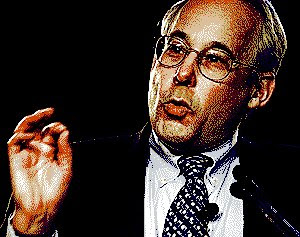 Berwick's appointment was historic for a couple of reasons. For the first time in memory, a President bypassed the Senate confirmation process without so much as a hearing. And Berwick is the only Medicare head to praise England's National Health Service, which provides measurably inferior care compared to the U.S. and, as a bonus, is bankrupting the Exchequer.

The infinite series of statistics don't lie. Berwick does, but not the statistics.


Related:
• Good News for Seniors: the Most Powerful Man in the Medical Industry Has a Love Affair with Urine- and Feces-Soaked Beds
• Some people never learn. Unfortunately for us, it's the Democrats, who think more marketing will help people swallow ObamaCare

He'll be out in 4 years, and the Senate will be red by then, so it won't matter in the long run.

For now, McConnell is still a dweeb.

IF we can only get them to block Kagan, who is another disaster.

They face an impossible task, for the folly of the reactionary embrace in the Conservative Arena is alive and well, while they are dehumanized by the massive Democratic Party's Machine.

Sure, the Republicans are not perfect, and one can understand frustrations, but we see this endless FASHION which cynically debases all from the safety of the sideline.

The obvious counter productivity, seems oblivious to many who deem themselves the "IDEAL Conservatives", yet they fail to grasp the basics in Objectivity, Fairness, Honesty, etc., or even a simplistic form of decency or optimism.

How do some actually call themselves a Reagan Conservative, and fail to have any of these qualities?

Even though the 'equating' of the two Parties has long been debunked, but the game is still played.

Sometimes, I just don't know why most of the Republicans bother.