Not that you'll get a good grade, mind you, for reasons that should already be clear to anyone right of Dana Milbank. 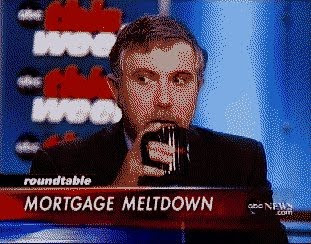 Former Enron adviser Paul Krugman delivers the good news that 2010 is "the year in which all hope of action to limit climate change died." Needless to say, he thinks this is bad news, but that's not why we're highlighting his column in yesterday's New York Times. Instead, it is for this passage:

You've probably heard about the accusations leveled against climate researchers--allegations of fabricated data, the supposedly damning e-mail messages of "Climategate," and so on. What you may not have heard, because it has received much less publicity, is that every one of these supposed scandals was eventually unmasked as a fraud concocted by opponents of climate action, then bought into by many in the news media.

Now, it would be one thing for Krugman to argue--wrongly, in our opinion--that the "supposedly damning e-mail messages of 'Climategate' " were not actually damning. But no one has denied that they are genuine. Krugman's description of them--and every other accusation "leveled against climate researchers"--as "a fraud concocted by opponents of climate action" is flatly false.

Nor is this the first time such a statement has appeared under Krugman's byline in the pages of the Times. You may dimly recall this passage of his Aug. 17, 2009, column:

In Britain, the government itself runs the hospitals and employs the doctors. We've all heard scare stories about how that works in practice; these stories are false.

Again, a categorical statement: not "some of these stories are false" (which is probably true) or "these stories paint a misleading picture; although the British health-care system has its shortcomings, on the whole it is vastly superior to America's" (which, as a statement of opinion, is at least defensible). If even a single scare story about Britain's National Health Service is true, Krugman's assertion is false.

James Taranto is too kind. Krugman is an economic illiterate -- yes, I said it! -- who has all the emotional stability of a prepubescent girl with a crush on Obama.

He's apparently never learned the one common-sense principle every business owner quickly discovers: Government interference in the economy consists of giving an unearned benefit, extorted by force, to some men at the expense of others.


* Do not read Krugman if you take nitrates for chest pain. Don't drink alcohol in excess while reading Krugman. If you find yourself dumbfounded by the sheer partisan tomfoolery of Krugman, contact a medical professional immediately.

Only one other caveat: if after listening to Krugman you find yourself agreeing with him on anything, or if you experience an erection lasting more than four hours, kill yourself with extreme prejudice.