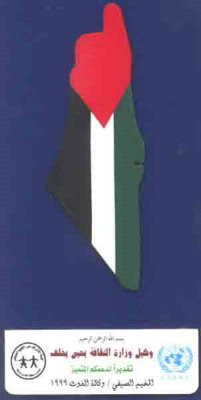 The upgrade, which will give the PLO Mission to the U.S. the status of 'Delegation General', became effective beginning July 20, 2010.

Ambassador Maen Rashid Areikat, the PLO's representative to the United States, said that the decision was preceded by several consultations made over the past year between the PLO Mission and the Obama administration.

Although not fully fledged diplomatic recognition, the upgrade raises the status of Palestinian representation in the U.S. to the same level as PLO representation in many European countries, as well as Canada.

In addition to the name change, the PLO office will now be able to fly the Palestinian flag - although there was some doubt that the organization would gain permission to hoist the Palestinian colors from its headquarters, which it shares with other tenants.

Areikat said he hoped the upgrade was "a sign of America’s determination to play an active role in bringing about an end to Israel’s 43-year-old military occupation of Palestinian lands and the creation of an independent Palestinian state with East Jerusalem as its capital".

You can bet your bottom dollar that’s exactly what it is, Ambassador.

Furthermore, the maps and flags distributed by the Palestinian Authority:

...are an important and tangible method of instilling fundamentally [violent and] negative messages... [These] include ignoring the existence of the State of Israel, and denying the bond between the Jewish people and the Holy Land; the obligation to fulfill the Palestinian 'right of return'; the continuation of the 'armed struggle' for the 'liberation' of all of 'Palestine', and perpetuating hatred of the State of Israel. Hence, significant changes in the maps of 'Palestine' would be an important indicator of a real willingness by the Palestinians to recognize the right of Israel to exist as a Jewish state.

Areikat said he hoped the upgrade was "a sign of America’s determination to play an active role in bringing about an end to Israel’s 43-year-old military occupation of Palestinian lands and the creation of an independent Palestinian state with East Jerusalem as its capital".

-What can be wrong with finding a solution to the Palestinian problem? Or is the solution you'd prefer would be to exile all Palestinians from the occupied territory? Palestinians are human beings and should be treated as such.`

I'll tell you what, David.

When Egypt opens up its border with Gaza -- unlocking its 40-foot fences to allow its Arab brothers to freely pass...

And when Jordan opens its border with the West Bank, which is blocked off completely...

Then perhaps the very Jews that the Palestinians believe don't have a right to exist will figure out a way to coexist.

In the mean time, don't lecture Israel on living with the Palestinians when their Arab brothers were brutally killed en masse... to the point that they had to seal their freaking borders.

What's a "PLO"? Sounds like a variant of herpes, probably almost as pleasant.

Especially if it's the Yassir strain...