Media blackout continues as Journolist members shriek like scalded cats: our words and intentions were twisted by 'the Right-Wing Hate Machine'

A coordinated news blackout of the Journolist affair continued today with just a handful of exceptions. Most coverage now comes in the form of apologias by Beltway insiders and confessionals from ex-Journolistas who decry the release of their most private thoughts by the right-wing hate machine. 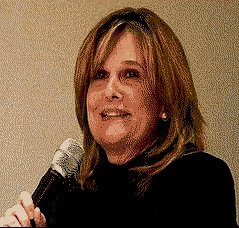 Today's Washington Post column by Kathleen Parker condemns the exposure of known liberals' seemingly private thoughts, which she terms as 'Gotcha Journalism'. She conveniently fails to mention that we know only 107 of the 400 participants' names and that those we do know instantly coordinated a "line" -- a counterattacking viewpoint -- to undermine Sarah Palin. They planned to paint innocent individuals as racists --- uhm, kind of like how Howard Dean, Nancy Pelosi, the White House and the legacy media have conspired to label innocent Tea Party activists as racists, come to think of it.

Best responses in the comments to Parker's misleading trope:

• ...let me know who the cabal (they called themselves that, by the way) chooses to have elected in 2012 and 2016 so we can watch them at work in the press. We dullards outside the elite 400 of Journolist apparently can't be trusted with information of all views to read and analyze on our own... and we, unlike you, do value a free, independent press! 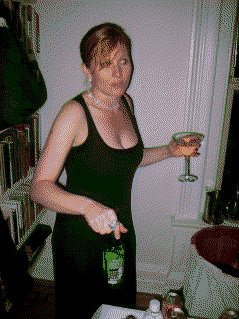 • ..."gotcha" journalism is sophomoric, sleazy, unprofessional and intellectually dishonest... unless, of course, Sarah Palin is the subject.

• ...Parker, please feel free to continue to undermine what little credibility the Post may still have left... "Friends" making a case to get Obama elected by any and all means possible... Oh, heck, I'll just use a Journolist method...Parker, you are a racist!

Ana Marie Cox of Tribune Media Services goes right to the heart of the matter -- any journalist worth their salt would know these sorts of innocent, private conversations could someday be exposed.

Time Magazine's Joe Klein, one of the 107 Journolists, claimed that the cabal was simply an innocent gathering of media personalities no different than, say, the conversation that takes place in a normal media junket. The unintended hilarity of his message appears to have escaped Klein.

...the Daily Caller has printed one of my Journolist emails, in which I share my latest published thinking about the just-announced Republican vice presidential candidate and thank the group--in an ironic, overblown tone--for the conversation we'd been having on the subject. When seen through the lens of witless right-wing conspiracy mongering, this seems embarrassing. But there was no conspiracy afoot. I didn't need the folks on Journolist to figure out how to react to Sarah Palin: her lack of qualifications for the vice presidency--and her spectacular abilities as a stand-up politician--represented a fecund gusher of material that made even the most mediocre of columnists seem like geniuses. Writing about Palin was not hard work; it still isn't; it will never be.

Another Journolist -- Kevin Carey -- Screeches Like a Wounded Feline

The immortal Kevin Carey (heh) at the Chronicle of Higher Education whines like a little girl in his epic "Inside (Or At Least, Uncomfortably Near) The Right-Wing Hate Machine".

[The Daily Caller's revelations were] more than enough to set the gears of the right-wing outrage machine in motion. Soon Daily Caller folks were being interview [sic] by Fox News' Megyn Kelly, a woman whose reporting technique consists primarily of modulating the degree to which her eyeballs bulge with rage and incredulity. Glenn Beck weighed in, and Rush Limbaugh, and the guy who posted that fake video that led to Tom Vilsack railroading an innocent woman out of her job at the USDA, and so on. Right-wing radio host Mark Levin published a McCarthyite list of known Journolist members on his Facebook page...

...People in academia are often accused of hiding in the ivory tower. These people were doing the opposite, engaging with people in other spheres and fields. For that, they've been branded as thugs, traitors, and other words I can't reprint here. All so the owners of various cable news outlets and web sites can make money by lying to their audience and fanning the flames of resentment.

What else are they hiding?

And what other juicy stories are today's journolists keeping under wraps? I mean, besides the blockbuster revelations we already know they're hiding.

Remember, folks: for these budding Marxists the ends always justify the means, no matter how badly they maul the foundations of this country.

Looking back on what has transpired in the last few days with the Journolist, I am beginning to wonder if the Joe the Plumber hullabaloo was started by these people. We all know that Joe asked "The Anointed One" a question that was not supposed to be asked by anyone. We can all remember the crap storm that started.

Heh, utter pwnage. Let us also remember that these fools are also our supposed "betters".