Hey, SEIU Members--Here's a Little Secret You Won't Read in Your Local's Newsletter: 400,000 of You Will Be Fired By This Time Next Year

Attention, Mr. and Mrs. Union Member -- Andy Stern and the rest of the big bosses sold you out. Instead of banking cash reserves to help members make it through difficult financial times, the SEIU, AFSCME and other public sector unions blew through hundreds of millions of your dollars getting Democrats elected.

Now those very same Democrats have implemented economy-killing policies that are definitely going to cost you your jobs.

Moody's Economy.com estimates that 400,000 public sector jobs will be axed over the course of the next year. 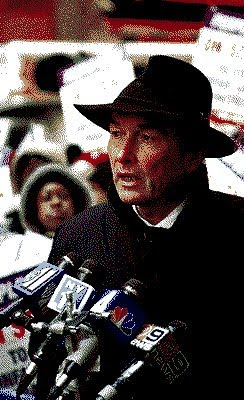 Moody’s Economy.com recently estimated that as many as 400,000 public employees could be laid off in the next year. That can only compound growing concerns for the health of the broader economy as the nation’s unemployment rate hovers stubbornly near 10%, and all signs suggest that economic recovery may be a lot further off than previously hoped.

...The current trend does not favor public employees. According to government figures, state, and local governments shed 10,000 jobs in June. That’s in addition to 85,000 public jobs eliminated since the beginning of the year, and an estimated 190,000 in the past 12 months.

Meanwhile, the nation’s 50 states are struggling under the weight of a combined $140 billion budget gap for fiscal 2011, according the Center on Budget and Policy Priorities.

...Stephen Acquario, executive director of the New York State Association of Counties, said the writing has been on the wall for some time warning elected officials that a financial reckoning was just around the corner... "...unfortunately the well has run dry,” he said. “Going forward we’re projecting the worst of all possible worlds, which is cutting services, layoffs and raising taxes.”

A silver lining -- if there is one -- comes in the form of state and local governments getting back to the basics.

One more benefit: the ugly fiscal reality serves as a sanity check for union members who voted Democrat.

Now they know for certain that they were sold down the river by the same bosses who once pledged to protect them. Just think: you got contribute to the hundreds of millions of dollars that were wasted electing the same numb-skulls whose policies got your fired.

400,000 parasites lose there stran glehold on the productive economy.

that's good news for most of us.

for the common good as THEY say.

What good is a bump in a Pension, Pay, etc., if it leads to a higher cost in living for all, especially the UNION Member?

Or, if you continue to gain higher and better via protests - politics providing the same thing, what good is the increase when the JOB is lost in the end because your absurd demands were unrealistic - and bankrupted the organization giving you the GIG?

The logic is no longer there.

The projection is obvious, as Democrats talk about 'greed', they really are revealing their own inner selves, especially with today's contemporary UNION virus.

And the rest of us suffer, as ALL of us experience a vast rise in the cost of all - without any increase in a benefit of any kind. In fact it is quite the opposite, as the hard earned TAXPAYER dime is worth less and less.