Evolution of the cell phone -- and the antenna

PC World offers us an excellent view into the history of the cell phone. In my view, the most noteworthy of the milestones were: 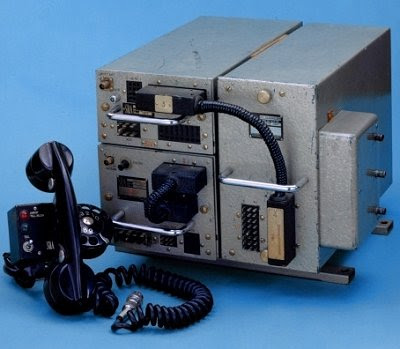 In the days before cellular phone networks, the world's mobile phones lacked a unifying standard. Instead, they used varying communication methods defined on a company-by-company basis.

The 88-pound MTA phone, shown here, is typical in size and weight of early mobile phone systems from the pre-integrated-circuit era. Most were so heavy and power-hungry that they required permanent installation in a car or other vehicle. Very few people owned, used, or even encountered such devices; for example, the service for the model shown here existed in only two Swedish cities and served a mere 125 subscribers from 1956 to 1967... [it was the] first automatic mobile telephone system (it didn't require a human operator to manually connect the user to an outside phone line). 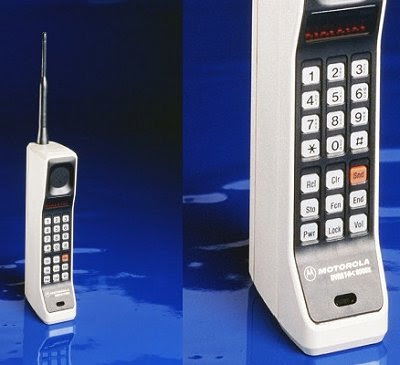 Though Motorola announced the world's first handheld mobile phone--a prototype of the DynaTAC 8000X you see above--in 1973, it took ten years for the DynaTAC to reach the market... Upon its release in 1983, the DynaTAC 8000X became an instant cultural icon, both as a status symbol for the rich (thanks to the $3995 retail price--$8657 in 2009 dollars) and as an almost miraculous wonder-phone that a person could use anywhere. With the DynaTAC, the cell phone revolution had finally begun... 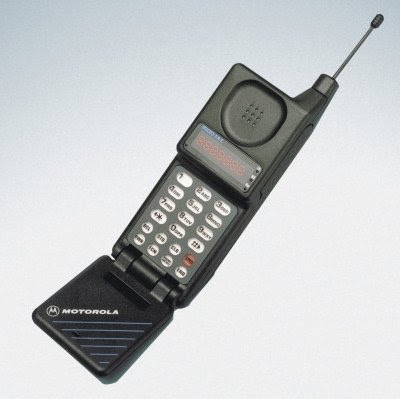 After the success of the DynaTAC, Motorola followed up with the much smaller and lighter MicroTAC phone in 1989. The MicroTAC included a novel space-saving idea: Motorola engineers placed part of the phone's hardware in a hinged section that could fold inward or outward as needed, thus reducing the phone's size when it wasn't in use. The flip concept lives on in many cell phones today... 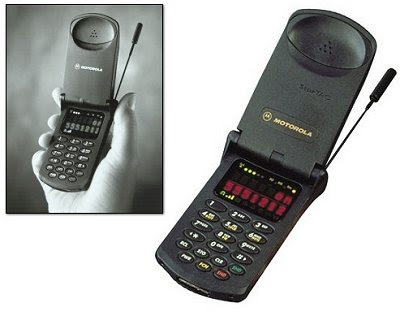 In 1996, Motorola further shrank its line of pocket cell phones, producing the 3.1-ounce StarTAC--which immediately proved popular and influential. The StarTAC expanded on the partially collapsible design of its precursor, the MicroTAC, by allowing users to fold the phone in half when they weren't talking on it. We now call this design "clamshell," for its resemblance to the way a clam opens and closes. The StarTAC's general design was widely imitated, and a large percentage of mobile phones still use it today... 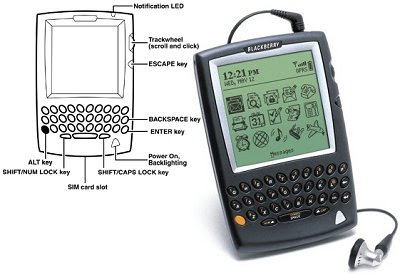 The BlackBerry brand began in 1999 as a simple two-way pager, but it morphed into a line of full-fledged smartphones in 2002 with the BlackBerry 5810, the first of the series to include integrated cell phone support. Thanks to top-of-the-line mobile e-mail and text messaging (the QWERTY keyboard didn't hurt either), BlackBerry phones soon became indispensable tools for businesspeople and other professionals... [it was the first] BlackBerry with an integrated voice cell phone [and] push e-mail support... 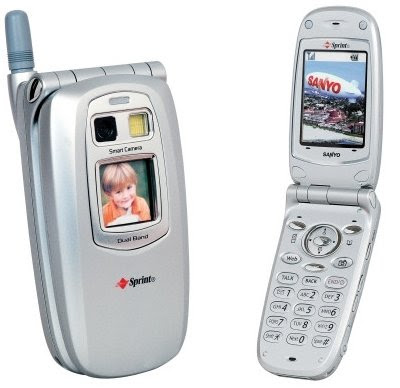 Who would want a camera in their cell phone? When news of such combination devices trickled over from Japan in the early part of the decade, the idea seemed silly and excessive to some people. In 2002, Sprint and Sanyo released the first American cell phone with a built-in camera, the SCP-5300--and the public went crazy for it.

The camera phone became a bona fide cultural phenomenon, allowing the average Joe to quickly and personally share both mundane and earthshaking events with the rest of the world. Today, camera phones are so common that we don't call them "camera phones" anymore...

Meanwhile, over at Bloomberg's BusinessWeek, a brief history of cell phone antennae complements the picture (PDF) -- the context being, of course, the iPhone 4's ill-fated aluminum foil wrapper. 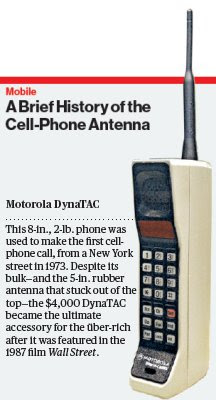 Hard to believe how far we've come in such a short period of time.

Pity the geniuses in Washington haven't figured out that all of this innovation is due solely to the free market, not government mandate.