Erskine Bowles is head of President Obama's "Deficit Commission". Populated mostly with academics, union hacks and other Statists, there's little doubt that the commission has a singular task. Its recommendation -- to solve America's burgeoning deficit -- will assuredly involve new and higher taxes. The commission is such a partisan farce that its recommendations are being deliberately delayed until after the November midterm elections. 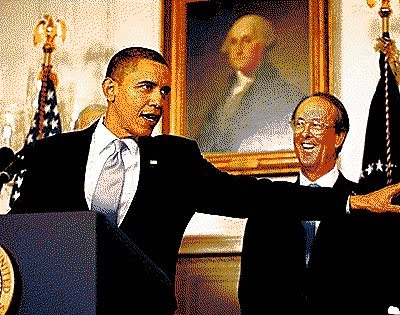 So when Bowles got a chance to give his opinion on Sunday, he stunned observers with a frank assessment that -- truth be told -- was a harsh indictment of every Democrat President from FDR to BHO.

As a president, it's one thing to know you have a big fiscal problem. It's quite another when a panel you appointed tells you the policies you have in mind will only make things worse.

That's what happened Sunday, when leaders of President Obama's deficit commission offered up the darkest of outlooks for our financial future — calling current trends in U.S. budgets a "cancer" that will "destroy the country from within" unless halted soon.

Though Bowles further opined that higher taxes wouldn't be the answer, he did hint that "increased government revenue" -- a codeword for higher taxes -- could be in the cards. 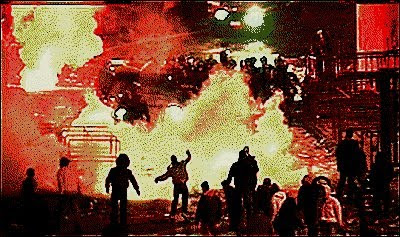 Studies show that government spending should remain below 20% for optimal efficiency and highest growth rates. Problem is, the current Obama budget is already around 25% of GDP (versus a long-term average of 18%). By 2030, that figure will rise to an oppressive 32% of GDP. Americans would have to pay around 80% higher taxes -- nearly double what they pay now -- to fund the massive bureaucracies.

What Bowles is really saying is that: Democrat policies are dead in the water. Our society will collapse unless we get our fiscal house in order.

We've tried the New Deal, the Fair Deal, the Square Deal, Great Society, Fannie Mae, Freddie Mac, Amtrak and every program in between. All are bankrupt. The Democrats stole the money and lied to you, the American public, about "trust funds" and "lock boxes".

They stole the money. If we give them more money, they'll steal that too. And remember: they're not just stealing from us. They're stealing from our children, grandchildren and generations into the future. 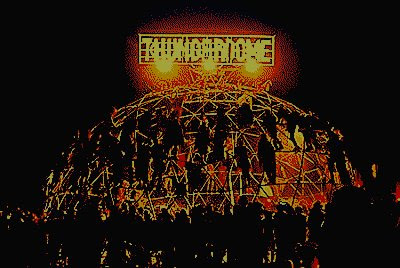 Bowles said, "This debt is like a cancer... It is truly going to destroy the country from within."

Whether he intended it as an indictment or not, his statement served its purpose. Bowles agrees with conservatives that the policies of Obama, Pelosi and Reid are disastrous. Dangerous. And they must be stopped -- the Democrats must meet political obliteration in November.

The alternative -- Democrats remain in power -- is too ugly a scenario to contemplate; but suffice it to say that the future would then look a lot like a place called Thunderdome.