John 'D-Student' Kerry Handles Reporters' Questions on his $700,000 Yacht Tax Dodge With His Usual Grace and Aplomb: He Runs Away 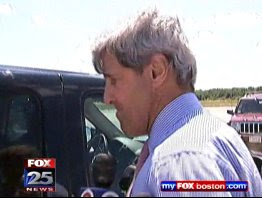 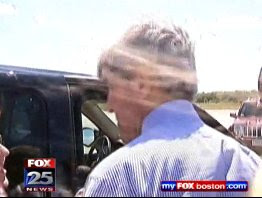 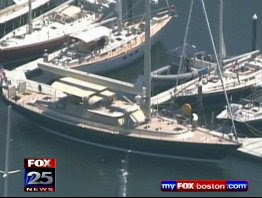 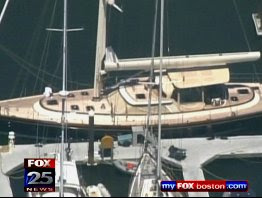 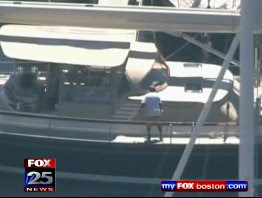 Senator John Kerry found himself answering questions Monday about his new $7 million yacht and the controversy about where he's docking it.

"There's nothing more to say about it," he told reporters at an event at the former South Weymouth Naval Air Station Monday... "Let's get this very straight, I've said consistently we will pay our taxes, we have always paid our taxes. It's not an issue period," he said.

...When asked "Did you berth the boat in Massachusetts?" he replied, "That depends on who owns it."

Then, he said to his driver, "Can I get out of here please?"


If you missed the original story, it turns out that Kerry docks his yacht in Rhode Island rather than in his home state of Massachusetts. This interesting gambit saved Kerry $500,000 in MA state taxes and $70,000 annually in excise taxes.

Last week, when the Boston Herald broke the story, Kerry's office released a statement saying, "The boat was designed by and purchased from a company in Rhode Island, and it's based in Newport at the Newport Shipyard for long term maintenance, upkeep and charter purposes, not tax reasons."

Of course, like all elitist Democrats, Kerry lovingly decided not to volunteer the tax payments to his home state.

After all, although he and his wife are worth somewhere around a billion dollars, it's apparently not liquid. Liquid, get it? I guess he can't rustle up the cash to pay the taxes on his 76-foot yacht with two master cabins and a pilot house complete with wet bar and wine cooler.

The Nantucket Boat Basin [in Massachusetts] confirmed to WBZ on Monday that the Isabel has been docked at the marina "numerous" times this summer.

A spokesperson with the Department of Revenue who did not want to comment specifically on Kerry's case said ownership by an out-of-state corporation wouldn't matter. And, the law states if you bring the purchased property into the state within six months of buying it, you would be subject to the sales tax.

So Kerry appears to have used the vessel repeatedly in Massachusetts, yet keeps it docked in Rhode Island "for maintenance" reasons.

And while he likely owes Massachusetts $700,000 in taxes, he hasn't paid them a dime.

Don't you just love the fact that these Democrat control-freaks never -- never -- voluntarily pay the higher rates they want you to pay? That's because they're hypocritical Statists who hate America -- and I hear that's the phrase they prefer.

He ran away from Vietnam the first chance he got. Did you really think he had changed?

That he paid 3/4 of a million buck for that POS proves he's an idiot.

This is the dude they want for POTUS?

The punchline'd better be good!