Don't blame yourself if you haven't heard about the JournoList conspiracy and its activities on behalf of Barack Hussein Obama. It just means you're still getting your "news" from the One-Party Media. 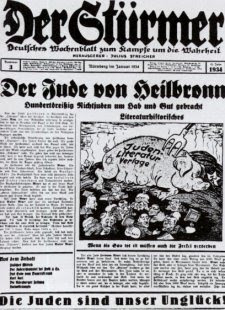 From 2007 until last month, some 300 liberal journalists and policy wonks exchanged ideas and commentary on a secret, off-the-record Internet email group called JournoList. It was shut down after portions leaked, leading to the resignation of Washington Post writer David Weigel last month over his intemperate criticism of conservatives he was covering.

But someone who belonged to JournoList continues to leak information from its archives, providing a fascinating glimpse into how some liberal journalists coordinate their story lines to protect their favorite politicians and ideas. The Daily Caller website reports that at several times during the 2008 presidential race, "employees of news organizations including Time, Politico, the Huffington Post, the Baltimore Sun, the Guardian, Salon and the New Republic participated in outpourings of anger over how [Barack] Obama had been treated in the media, and in some cases plotted to fix the damage." 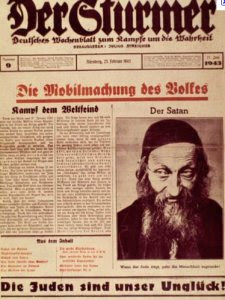 Some of the comments will no doubt revive conservative allegations of a liberal news media conspiracy. Spencer Ackerman, then of the Washington Independent, now at Wired, urged fellow journalists to kill the story of Mr. Obama's ties to the controversial Revered Jeremiah Wright by going after some of his critics. "Fred Barnes, Karl Rove, who cares—and call them racists," he urged. "What is necessary is to raise the cost on the right of going after the left. In other words, find a rightwinger's [sic] and smash it through a plate-glass window. Take a snapshot of the bleeding mess and send it out in a Christmas card to let the right know that it needs to live in a state of constant fear. Obviously I mean this rhetorically."

Chris Hayes of the Nation magazine urged "those in the ostensible mainstream media" who were on the list to ignore the Rev. Wright story. He insisted the real issue had nothing to do with Mr. Obama's pastor and instead "has everything to do with the attempts of the right to maintain control of the country."

Apparently, many on JournoList had an agenda that had little to do with covering legitimate news stories, but instead were concerned with protecting their friends and trying to ensure they had "control of the country."

Now that the cockroaches' temporary home has been exposed to the light of day, JournoList is kaput. But the cockroaches will survive. Expect them to scurry into a dank cellar before regrouping somewhere else.

Forget the liberal media. Consider them the fascist media.

YEP, one big embarrassing swindle, showing again how deeply misguided the Democratic Partisans are, having embraced the ugliest form of bigotry and the most absurd fascist contempt.

More dribble from those sinking us all for their own greed.

And as history repeats itself again and again, the 'useful idiot' class unethically pushes the worst garbage on all.

Read some of the leaked e-mail stuff around teh intarwebz and came across some choice quotes from Spencer "Attackerman" Ackerman, in which he called for an attempt to threaten conservatives with violence to keep them occupied or some such nonsense. Something like throwing people through plate glass windows or the like, which he added "...rhetorically, of course...".

He don't look like someone who can fight his way out of a wet paper bag even if someone had shown him the open end.

That boy sure looked like he'd be unable to do much without the glasses and the inhaler.