California faces an improbably huge $26 billion budget deficit. The state legislature is more than a month late in meeting its constitutionally-mandated deadline to pass a budget. 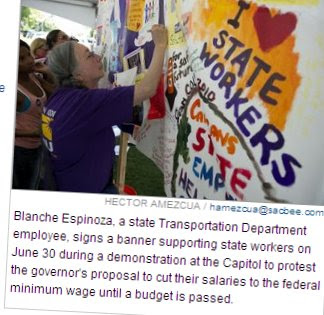 How have California's Democrats responded? Burning the midnight oil? Working feverishly to avoid a fiscal vortex?

Both the Senate and the state Assembly have adjourned until August for summer recess. And, back at home, this claque of savvy legislators has proposed the following Einstein-esque solutions to the meltdown.

• State Sen. Curren Price (D-Los Angeles) proposes that California require every car and truck to use digital license plates that would display advertising. Kind of like billboards, only much tinier. And hazardous, because people are driving, not watching TV.

• Sen. Gloria Romero (D-Los Angeles) wants to replace the state rock of California because it contains traces of asbestos. 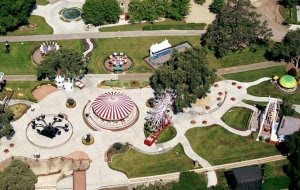 • Assemblyman Mike Davis (D-Los Angeles) believes that transforming Michael Jackson's Neverland Ranch into a state park would be the state's ticket to riches. Aside from the massive investment it would require and the troubling allegations of on-premises pedophilia, the state just closed 220 of 279 state parks to save money. Mike Davis, however, thinks spending $100 million-plus on Neverland would make "great sense".

• Assemblyman Julia Brownley (D-Los Angeles) may have the answer to the budget crisis: she has proposed a bill that bans the use of paper and plastic grocery bags. Californians who forget to bring reusable bags to the store would pay an estimated $1 billion in new taxes; businesses that hand out paper or plastic bags for free would be fined $10,000 per offense.

California is burning an extra $52 million each and every day that passes without a budget. And its legislators are among the most inane, useless bureaucrats west of the Beltway.

Mark Levin said the other day that "liberalism is the philosophy of the stupid."

I was hesitant to believe him. Until now.

at 6:51 PM
Email ThisBlogThis!Share to TwitterShare to FacebookShare to Pinterest
Labels: Democrats, Economy

I live in California. And I love the Constitution as much as I love my country. But I think we need to cede LA to Mexico, along with all the DumbAss politicians that go with it. Then we can proceed with getting the rest of our state's fiscal house in order. Good god, what the heck are they THINKING????