Sah-weet! Not Only Did Clinton Cronies Destroy Fannie Mae While Sucking Down $200MM in Compensation, They Got Countrywide Sweetheart Mortgages, Too!

In September of 2008, no less an authority than William Jefferson Clinton admitted the culpability of Democrats in destroying the financial system: "I think that the responsibility that the Democrats have may rest more in resisting any efforts by the Republicans and the Congress or by me when I was President to put some standards and tighten up a little on Fannie Mae and Freddie Mac." 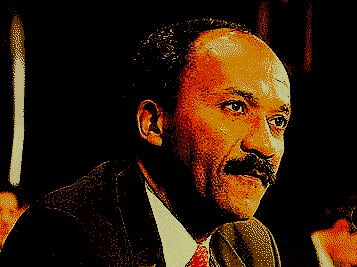 Clinton understandably downplays his role. Aside from appointing Andrew Cuomo and Janet Reno, who helped usher in the subprime era, other Clinton apparatchiks served in key roles managing Fannie and Freddie.

Consider Clinton's Deputy A.G. Jamie Gorelick. Though she had no training or experience in finance, Gorelick was appointed the Vice Chairman of Fannie Mae and served in the role from 1997 to 2003. During that six-year period, she earned over $26 million.

During Gorelick's tenure, Fannie suffered a $10 billion accounting scandal, an ominous harbinger of its looming troubles. One of the falsified transactions helped FNMA hit earnings targets for 1998, which triggered bonuses for top executives including nearly $800,000 to Gorelick.

In 2002 Business Week interviewed Gorelick concerning the health of Fannie Mae. She responded, "We believe we are managed safely. We are very pleased that Moody's gave us an A-minus in the area of bank financial strength -- without a reference to the government in any way. Fannie Mae is among the handful of top-quality institutions."

Earlier today, Politico reported that this same quartet hit the trifecta. Not only did they leave the taxpayers holding a trillion-dollar check through their mismanagement and skulduggery... not only did they take outrageous paychecks while ruining the company... they also appear to have received the "Chris Dodd" sweetheart mortgage deals from Countrywide, the bankrupt lynch-pin of the meltdown.

Employees at Fannie Mae and Freddie Mac — including top executives — received 173 cut-rate loans from Countrywide Financial, according to a congressional probe... ...The investigation... also identifies Fannie Mae CEO Jim Johnson, former CEO Franklin Raines, former Vice Chairman Jamie Gorelick and Mudd as having received loans as part of the “Friends of Angelo” program — named for former Countrywide CEO Angelo Mozilo. The executives were previously identified as being part of the embattled lender’s loan program but have denied knowing that they were singled out by the lender. Johnson alone received $10 million in loans, according to the letter.

Countrywide Financial collapsed in 2008 and its assets were absorbed by Bank of America.

Gorelick, now employed by the same Wilmer-Hale law firm that helps defend Gitmo detainees, emailed Politico after the story broke today and claimed the loan "looked like a market rate, the loan had standard fees, and no one ever indicated that I was being given a discounted rate... I used a widely available courtesy line for efficient handling but did not seek or expect a discounted rate."

And Hillary Clinton's got a nice real estate deal for you to invest in -- it's called Whitewater and it has a ton of potential.

These people are so crooked you can open wine bottles with 'em.

Why anyone who took in $90 million dollars in income needed a loan to buy a house is beyond me. I would've paid cash.
I guess that why I'm not in debt wayyyy over my head.