Larwyn's Linx: The Magic Number in the Senate 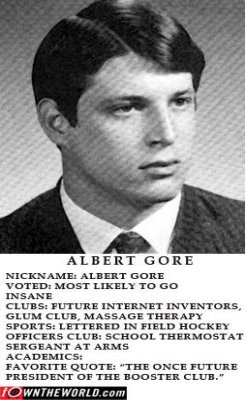 The Magic Number in the Senate: Power Line
A People’s History Of American Moronitude: Crittenden
What do Bill Ayers and Van Jones Have in Common?: NewZeal

Remember the Pay-Go rule Obama Wanted? Neither does he: Greenroom
Roads to Ruin: Towns Rip Up the Pavement: WSJ
Illinois Pensions: Rob the Poor and Give it to the Rich: ChampionNews

Why the Left is wrong to defend the Panthers: Adams
A War Amongst Ourselves: AT
The Ancien Regime Isn’t Going Out Without a Fight: Driscoll

Muslim Bus Drivers in England Refuse to Allow Blind Passengers and their Guide Dogs On Board: WZ
It's Okay to Kill Your 14-Year Old Muslim Daughter in Canada: NRO
Oh, the Humanity: Spectacular New Mall Opens in Gaza: TGM

U.S. dietary guidelines hard to swallow: Malanga
Twitter, Twitter, little stars: Maktoob
I'm From the Government and I'm Here for Your BMI: AT

Gee, What Do You Think Attracted Obama to This Ice Cream Shop?: Powers
Obama moves away from 'Freedom of Religion' toward 'Freedom of Worship'?: Catholic.org
Fabu Friday: Autumn People

Just read Nevada numbers on the race between Angle and Reid.

It appears MODERATES find Angle 'too extreme' for their stupid taste so they are going for ultimate brain-dead award and are supporting Reid.

Why are MODERATE VOTERS permanently stuck-on-eternal-stupid?

By the by; MODERATES, remaining stuck inside stupid is no excuse to keep your heads shoved-up Jon Stewart comedy canal.

MODERATE VOTERS screwed America with Obama, but their stupid wasn't enough for them- they are going to screw America all over again with more Obama.