The Illinois Taxpayer Was Treated 'Like Custer at Little Big Horn'

If the rules in effect in 1970 when the pension guarantee was approved were still in effect we would have approximately a $10 billion surplus in the TRS fund. 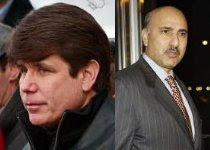 ...Before 1970 there were few substantive changes to the pension rights granted to retirees. Afterwards the teacher unions worked their legislative magic and got increased benefit after increased benefit passed starting immediately in 1971. It was like Custer at the Little Big Horn - except the taxpayers didn't know about the slaughter until 40 years later.

Here is a list of just some of the pension enhancements passed by a compliant legislature at the expense of every Illinois taxpayer:

Each legislative step led the Illinois taxpayer closer and closer to ruin.

Public sector unions have been waging war against the very hand that feeds them for decades.

Whether these unions are disbanded legislatively or crushed through other means, disband they must.

Taxpayers treated like Custer at the LBH? Sorry, no. Custer got to fight back.