Democrats scheming to give child rapists, arsonists and kidnappers the right to vote

These convicted felons and parolees appear to be one of the Democrat Party's most valuable voting blocs -- along with illegal immigrants. Under the guise that prisons contain too many minorities, the liberal activists on the Supreme Court appear to have ordered the administration to review the policies of all 48 states that currently deny prisoners the right to vote. 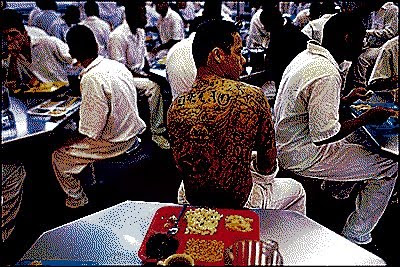 Forty-eight states, all except Maine and Vermont, deny convicted felons the right to vote, a modern version of the old concept of “civil death” for those convicted of serious crimes. In some states, as in Massachusetts, the ban lasts for the duration of the prison sentence. More often, it extends for years longer, through the parole period, as in New York, where in 2006 the federal appeals court rejected a challenge over the dissent of four judges, including Sonia Sotomayor...

...In every state, the impact on the black community is disproportionate, hardly surprising given that one in nine black men aged 20 to 34 is in prison. Even so, the numbers are startling, with disturbing implications for civic life in a democracy. According to an analysis by the Sentencing Project, a research and advocacy organization in Washington, felony convictions have deprived 20 percent of African-Americans in Virginia of the right to vote, compared with a 6.8 percent disenfranchisement rate for Virginia residents as a whole. In Texas, a similar ratio applies: 9.3 percent for blacks compared with 3.3 percent for Texans as a whole. In New York, 80 percent of those who have lost the right to vote are black or Hispanic. Nationally, an estimated one in seven black men has lost the right to vote.

As an aside -- for the first "post-racial" presidency, there certainly appears to be record levels of race-baiting and Balkanization going on in Washington. But I digress.

What the utterly incompetent Linda Greenhouse, author of this particular DNC press release, fails to observe is as startling as it is simple.

All that said, will the Democrat Party ever stop its despicable race-baiting practices?


Related: Dreams from My Single-Parent Family