Even if Democrats suffer huge losses in November's midterm elections, it appears they will try to ram through more items from the radical progressive wish-list. Immigration reform, card-check and climate legislation could all be in play before January.

To combat public outrage prior to the midterms, Rep. Chris Van Hollen (D-MD) and Vice President Joe Biden are trying to tamp down the gossip wildfire, to little effect. That's because Sen. Harry Reid (D-NV) and Sen. Tom Harkin (D-IA) are simultaneously anyone within earshot what they intend to do. Apparently they didn't get the memo, or they can't shut up, or they're just flat dimwitted ("all of the above" is also an acceptable answer). 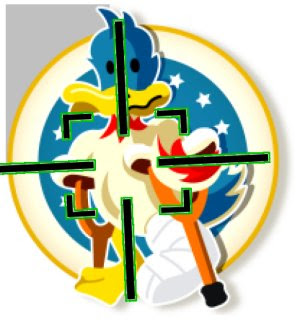 “We’re going to have to have a lame-duck session, so we’re not giving up,” Senate Majority Leader Harry Reid (D-Nev.) said at the weekend Netroots Nation conference of liberal bloggers, in reference to Democrats’ unfinished priorities. House Speaker Nancy Pelosi (D-Calif.) has said the need for such a session depends on how much work lawmakers get done before the elections.

Sen. Tom Harkin (D-Iowa), the chairman of the Health, Education, Labor and Pensions Committee, has suggested the card-check bill, or Employee Free Choice Act, might be prime to move in a lame-duck session.

Bill Samuel, the legislative director for the AFL-CIO, said that the union had no specific agenda — from card-check to jobs bills — in mind for lawmakers for any such session, but that it would press lawmakers to work actively through the period...

Samuel went on to pooh-pooh Van Hollen's suggestion that the 111th Congress' heavy lifting is done: "My assumption is that he’s sort of responding to fear-mongering by Republicans."

Thus, at least three powerful insiders have confirmd that Democrats intend to shove their radical left-wing agenda down the throats of the American people -- even if they lose in a midterm landslide.

But they do so at their own peril. The American people are slow to anger, but socialized medicine, a quadrupling of the deficit, a takeover of two auto companies, and a faux financial reform bill have awakened the sleeping giant.

Would it be wrong to want to kidnap your congress critter for a few weeks during the lame duck session? Don't want to hurt 'em, just don't want them in DC.

I could be mistaken, but in my state that's still illegal.

10 Vote Neo-progressive Democrat, we just don't want to do a half-assed job at Cloward-Pivening the country.

9 The Neo-progressive Democrat party: Because Oppressive rhythms with Progressive.

8 The Neo-progressive Democrat party, when it's more important that you think we've screwed over Wall street than for you to have any financial privacy.

7 The Neo-progressive Democrat party, because the suppression of free-speech is for you own good, trust us.

6 The Neo-progressive Democrat party, because the government having more money to buy votes is more important than whether you have to pay $9/gallon for gas.

5 The Neo-progressive Democrat party: because 'Social justice' isn't just a way for us to screw the rich, it's a slogan.

4 Obamacare:still not as bad as waiting in line at the DMV.

2 Obamacare: Who'd thunk that it would be a lousy remake of Logan's run?

1 Vote Barack - Because He hasn't found a good foreign exile yet.