Ferguson schools Krugman: America's unsustainable debt -- 'world war finance without the war' -- can only be solved with regime change 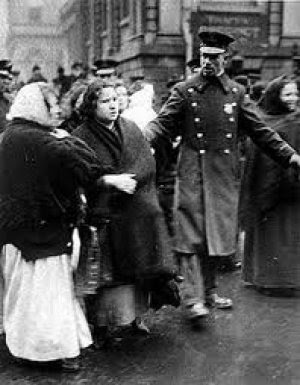 Please, No More Government Spending!... my colleague, Steven Gjerstad [and I] examine[d] the last 14 recessions including the Depression. We have been surprised and dismayed to learn that in 11 of these 14 recessions the percentage decline in new house expenditure preceded and exceeded percentage declines in every other major component of GDP. Hence the sources of the current debacle are hardly new! Moreover, past recoveries in the housing market have been closely associated with recovery from recession. The latest data continue to tell us that the turnaround in housing, consumer durables, and business investment are all anemic.

...Our best shot at increasing employment and output is to reduce business taxes and the cost of creating new start-up companies. Don’t subsidize them; just reduce their taxes even as they become larger; also reduce any unnecessary impediments to their formation. This is strongly indicated by the business dynamics program of the Bureau of Census and the Kauffman Foundation which has tracked new startup firms in the period 1980-2005. The entry of new firms net of departing firms in this period account for a remarkable two-thirds more employment growth (3 percent per year) than the average of all firms in the US (1.8 percent per year). The invigorating turmoil created by new technologies, with accompanying growth in output, productivity, and employment lead to new business formation as old firms inevitably fail. Reducing barriers to that growth encourage a recovery path which does not mortgage future output.

Of course, this common sense counsel defies the ideology of Alinsky and is certain not to be followed. And what comes next should strike fear into every American.

We'll muddle along somehow, until -- suddenly -- we won't

Joe Weisenthal says that the US financial system will have collapsed before Moody's gets around to downgrading its debt. 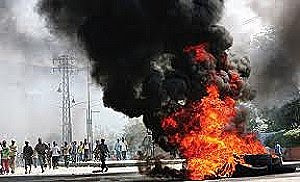 It probably bears worth repeating that if there were much about about Moody's clout in the sovereign debt arena, it should have be erased today: Moody's has no clout.

A downgrade of Ireland early on barely produced a blip on any market anywhere... That follows a recent spectacularly uneventful downgrade of Portugal.

Every once in a while Moody's lobs a very vague warning about debt and spending in the direction of London and Washington DC, and occasionally the subject of the US losing its AAA rating comes up... But really, Moody's is not going to be ahead of the US downgrade curve.

Writing at The Financial Times, Niall Ferguson clearly states that "the latter-day Keynesians have learnt nothing".

...what we are witnessing today has less to do with the 1930s than with the 1940s: it is world war finance without the war. 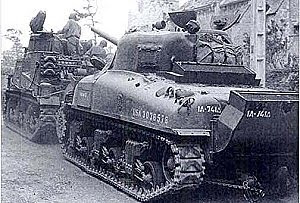 ...Today’s warlike deficits are being run at a time when the US is heavily reliant on foreign lenders, not least its rising strategic rival China (which holds 11 per cent of US Treasuries in public hands); at a time when economies are open, so American stimulus can end up benefiting Chinese exporters; and at a time when there is much underutilised capacity, so that deflation is a bigger threat than inflation.

Are there precedents for such a combination? Certainly. Long before Keynes was even born, weak governments in countries from Argentina to Venezuela used to experiment with large peacetime deficits to see if there were ways of avoiding hard choices. The experiments invariably ended in one of two ways. Either the foreign lenders got fleeced through default. Or the domestic lenders got fleeced through inflation. When economies were growing sluggishly, that could be slow in coming. But there invariably came a point when money creation by the central bank triggered an upsurge in inflationary expectations.

...economists, like New York Times columnist Paul Krugman, who liken confidence to an imaginary “fairy” have failed to learn from decades of economic research on expectations. They also seem not to have noticed that the big academic winners of this crisis have been the proponents of behavioural finance, in which the ups and downs of human psychology are the key. 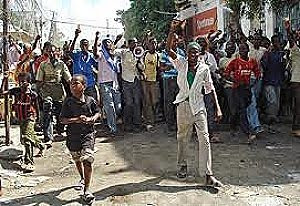 The evidence is very clear from surveys on both sides of the Atlantic. People are nervous of world war-sized deficits when there isn’t a war to justify them. According to a recent poll published in the Financial Times, 45 per cent of Americans “think it likely that their government will be unable to meet its financial commitments within 10 years”. Surveys of business and consumer confidence paint a similar picture of mounting anxiety.

The remedy for such fears must be the kind of policy regime change Prof Sargent identified 30 years ago, and which the Margaret Thatcher and Ronald Reagan governments successfully implemented. Then, as today, the choice was not between stimulus and austerity. It was between policies that boost private-sector confidence and those that kill it.

If you don't mobilize everyone you can to vote in November... if you don't help to effect regime change... if you don't get your friends, neighbors, family members, and everyone else you know to vote... and if you don't vote out every Democrat traitor... well, my friends, it could be time to turn out the lights.

I can speak to this topic because my previous startup now employs 500 people and is a well known brand. By current startup is almost on hold because funding has dried up. While I am keeping it alive, venture capital is clutching its collective wallets because they fear the companies they already are funding may need more of their money and no new money is coming in.

But now the current "spread the wealth around" crowd of socialists in Washington thinks it is a good idea to raise taxes on venture capital. The primary effect is that VC must now have an even greater return on capital so that it can make a decent return given how many startups go bust. And more startups will go bust because they will be starved for capital and customers!

Even better, the SEC wants to raise the amount of wealth a person must have to be a "Qualified Investor", or a person the struggling startup's founder can even show his business plans to and offer to sell him shares. The new definition will disqualify about half of the people who typically make the very first round of investments, without which these business ideas get their first funding shot.

The proposal is right: the best way to create jobs is to cut taxes on startups. My business plan calls for 35 jobs at the end of year 2. No funding, no jobs and no taxes! But the socialist never sees that. He is green with sustainable envy; he sees the profits I might make, if I am successful, and he wants to spread my wealth around. So he raises the taxes I would have to pay, and in the process, he kills all the jobs my business might create.

Government cannot borrow us into prosperty. When it attempts to do so, its borrowing preempts and swamps the limited capital in the marketplace. At least some people with money know this and it scares them to clutch their wallets even tighter. My business is not suitable for finance by lending. I don't have any real assets upon which to base borrowing.

I read last week that at least for the first half of 2009, more money went into gold than went into S & P 500 stocks. That is the market telling us something urgently is wrong with the investment environment that government has imposed on us.

The current regime is not sustainable any more than Thelma and Louise's exit plan was. And that is exactly where we are heading: being taken off a cliff unless we grab the wheel and jerk it in the right direction. I fear it is November or never.