In which I thoroughly refudiate the progressives' hatred of Sarah Palin

Over at CNet, a progressive journalist and an eager band of sycophants reveled in a Twitter gaffe by Sarah Palin.

In order to show just how great an impact her every word can have on society, Palin has inspired a new, vibrant meme on Twitter, one that allows those who were lazy and complacent in high school to finally exercise the relics of their inner literary bent.

#ShakesPalin was spawned by a perfectly spontaneous tweet from Palin concerning the possibility of a mosque being constructed near Ground Zero. She initially tweeted that peaceful Muslims should "refudiate" such an idea. 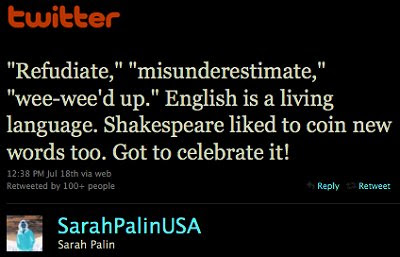 Now, of course there's no such word as "refudiate." But you know exactly what she's getting at: the repudiation of a refusenik. Or of a refuse collector. She was clearly reaching for an expression of strong negative emotion.

• "She is a comic, GOP her base, please go away."
• "Do you seriously not know why she keeps getting media attention? The woman is dumb as a post, but people watch stuff about her rabidly. It's all about the ratings and ad revenue. If she were anyone else, her idiocy would have relegated her to yesterday's news, but Sarah Palin is a hot commodity."
• "Please, please, please continue using her as your face and voice, GOP. We want the whole world to think "Republican" every time they see her face or hear her voice."
• "Sarah Palin is going to destroy the Republican Party yet. Morons shouldn't let morons drive."

My response was simplistic -- phrased using short words to improved the odds that leftists might understand the message.

I find it fascinating that the learned observers here pillory Palin for a verbal gaffe while the welfare state the Democrat Party has created is collapsing. That's according to their own "deficit commission". 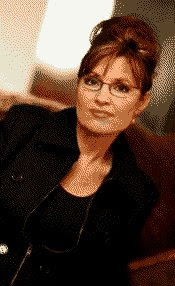 • The New Deal, the Square Deal, the Fair Deal that created Social Security and the FHA are $45 trillion in the red and are due to collapse in six years

• "Great Society" and the endless Welfare Mentality has crushed the will of inner-city residents, locking them into a culture of dependency on government and inspiring record numbers of single-parent families

• Medicare, Medicaid and related entitlements are underfunded by roughly $50 trillion and will collapse under their own weight in less than eight years

• A failed $1 trillion stimulus program -- guaranteed, we were told, to keep unemployment under 8% -- went primarily to union construction shops and to state public sector employees as band-aids and did more harm than good

• Adding to the massive, crushing deficits for our kids, the Obama Democrats -- ignoring the clear will of the people -- have created huge new entitlement programs in the form of "ObamaCare". This occurred despite the fact that Medicaid was designed to offer medical care to the most needy and that existing government health care programs suffer from $100 billion or more annually from fraud

* Further, the Obama Democrats are killing successful school choice/voucher programs, like the ones in DC, locking kids into the miserable, union-controlled public schools that reward tenure, not merit. 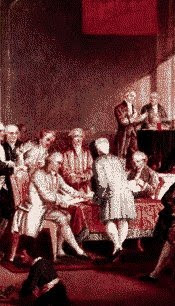 Everything this government touches has turned to crap and simply confirms the wisdom of our country's founders. They designed the Constitution to prevent federal intrusion into all of these areas. And liberal Democrats, starting with FDR, did everything they could to turn our founding document into a "living and breathing" contract.

The modern Democrat Party is the enemy of freedom. Vote for the most conservative Republican candidates you can to prevent the collapse of this society.

It's November or never. Because the country hangs in the balance.

And that's not me saying that --- that's Obama's own deficit commission. The fuse on the time-bomb has all but burned away.

Ohhhhh, check it out -- Sarah Palin made a boo-boo!

The Democrats thrive on Bigotry.

It is that peddled fashion of hatred towards others, which continues to elect Democratic Partisans regardless of their disastrous offering.

Yet, I do know Mrs. Palin is overtly hyped on the side of sound Conservatism, which also is creating problems for her and those opposed to the horrid Democrats.

Somedays, I sense a rather robust Fashionable push of an acceptable Identity - which includes an attractive cute accent, geographical background, religious denomination, etc.

Some have actually claimed Mrs. Palin has made Obamacare unpopular all by herself via Facebook. It is a rather rabid form of Celebrity Fan Fare which has little to do with sound Conservatism - and is regretfully used to debase other fine offerings in the name of the 'ICON'.

Mrs. Palin is a very attactive American, but she also joined the Maverick Platform, and contributed to a terrible Campaign for the Presidency which included a Cap and Trade Tax platform. There are many pros and cons with the Paln Franchise - she is truly human - far from the Hype, or the next Reagan.

Some claim these ugly Democrats are afraid of Sarah Palin, but I know the opposite is true. The feel she is an easy target, seeing the simplistic stereotype is a sordid justification for their pathetic political bigotry. It is the opposite, having those in a very difficult to define existence like Chris Christie which really troubles Democrats. They are addicted to IMAGE, and will always naturally exploit an offering like Mrs. Palin's.

It is regretful, but a bitter reality.

"Mrs. Palin is a very attactive American"
Yes, she is.....but I'd expect any leader of my country to be able to compose him/her self in an intelligent manner. Is that too much to ask for?

"...I'd expect any leader of my country to be able to compose him/her self in an intelligent manner. Is that too much to ask for?"

Apparently so - haven't seen any signs of intellect yet from Obama. The ability to read a telepropmter isn't enough (actors can read a script believably. That doesn't mean that you want them running the country).

The things said also have to reflect some understanding of reality, and that has been conspicuous by its absence.

Reading is fundamental alanstorm.
RE>"The things said also have to reflect some understanding of reality, and that has been conspicuous by its absence."
The reality of our nations problems are multifaceted, but most stem from years of conservative leadership. Conservatives have been good at being elected by talking the talk, but when it comes time to govern, they cannot walk the walk. The budget is all of a sudden an issue now that the other party rules the WH & both houses of congress. Yet it was the conservative majority in both houses of congress, and their president that led to this budget explosion, by starting a foolish war and cutting taxes for the rich(which was suppose to "stimulate" the economy so more taxes would somehow be paid to overcome the loss in revenues). This IS reality. Voodoo economics coupled with deregulation of our financial and stock market has lead us down this slippery slope. Now the minority party obstructs any measure that would solve our problems, in the hope of this administrations failure. Nice plan John Boehner and Mitch McConnell!
I was not happy about the Iraq war, but far be it from me to wish failure upon our elected leader just so my party can rule once more.

Yo Davie, we don't wish for the dude to fail, he's doing that pretty well on his own. The dragging us all down with him is what we don't want.

The Stimulus Bill that supposed to keep unemployment under 8% don't work, now stuff leaked out about the CBO's report not being made public because the numbers ain't agreeable to the "ruling" party and much more to come....

BTW, how the hell can the minority party obstruct anything when y'all can overwhelm them by sheer numbers at one point? How did y'all lose traction from that?

BTW, no one rules, they govern. You rule subjects, you govern fellow citizens with their consent.

Freud and slip or something....

Duncan,
"Yo Davie, we don't wish for the dude to fail, he's doing that pretty well on his own. The dragging us all down with him is what we don't want."
Uh, most people call me David, but i guess you're special.
I hear a lot of talk about the "failure" of the present administration. The situation the nation found itself in when they decided to give Obama a chance was certainly a failed situation. We were heading down in a nose dive as i recall. Blame it on Bush? Sure, it's more complex than that. But if Obama's adversaries were serious about solving our problems, perhaps there'd have been some effort from John Boehner and Mitch McConnell to work to solve this problem. But i see no effort but to obstruct, leading me to believe their efforts are calculated to cause failure for our country. I suppose they think America will welcome back the same policies that got us in this mess in the first place.
Republicans owned both houses of congress and the White House for 8 years prior. The opposition at that time didn't obstruct the effort to govern like we see now. Bush got his tax cut for the wealthy. He got his war, and they worked tirelessly to deregulate everything they could. How did that work out? And what will be the republican solution if they achieve their goal of undermining this administration? More of what got us in this fix in the first place! Is that what this nation deserves?

I’ve noticed the MSM jumping all over Palin’s ‘refudiate’ tweet, yet when Obama pronounced corpsman as ‘corpse man’, twice, they completely ignored it.

Our mainstream media's coverage is such a joke, they no longer deserve to be called journalists. Some other term -- like mainstream propagandists -- needs to be used.

I suppose we do need more 'real" journalists like Andrew Breitbart exposing more racists....
and showing us the connection between Sarah Palin and William Shakespeare.

Yo Davester, Republicans only got 6 of those eight. Forgot an election cycle, eh?

Y'all still repeating the same thing about Bush's war, while giving a huge pass to all the donks that voted for it. Dude, srsly....

Obama '08 was supposedly the redemtion y'all was looking for, so did he repeal the Patriot Act? Close Gitmo? Anything?

It's like your side gave a scalpel to a first year pre-med student and expect the dude to perform brain surgery.

P.S. is the site under a ddos attack or just getting a huge traffic? Seems laggy and inaccessible at times?

Y'all still repeating the same thing about Bush's war, while giving a huge pass to all the donks that voted for it. Dude, srsly...."
Not a fan of the Dems either, it's just that the republicans have done SO much more damage to our country. Sure more Dems shoulda opposed this war, and would have (along with more than a few republicans) had the truth been known. Bush's war? You betcha! he lied to get us in it, and as we see from wikileaks, worked tirelessly to keep the sad facts from the public.