Remember the manufactured outrage and criticism leveled at the Bush administration over its international terror wiretaps? Every leftist front group imaginable -- from the ACLU to MSNBC -- screeched of constitutional crises and White House imperialism.

Now, as the Obama administration inserts all sorts of bizarre and intrusive dictates into its various takeovers of the private sector, these very same leftists are silent. It's clear that "civil liberties" are of little concern so long as the federal government gets to intrude further and further into our lives.

They're watching you... buy gold

...[s]tarting on January 1st in 2012, US federal law will require coin and bullion dealers to report to the Internal Revenue Service all gold and silver coin purchases and sales greater than $600.

No that is not an error, they tacked the gold coin tracking regulations into the health bill. They are just tacking stuff on wherever they can. 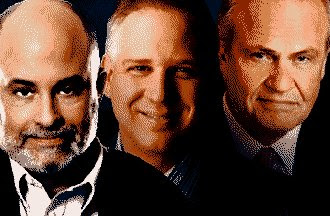 Venturing a guess as to the Democrats' rationale, two tactics come to mind:

• Like FDR, who confiscated gold from individuals, the Obama Democrats want to begin controlling the flow of real currency -- not just the fiat paper that Ben Bernanke has been printing like a madman.

As for your body, by 2014 you will be legally required to have an "electronic health record". This lovely little dictate was craftily inserted into the $1 trillion "Stimulus" bill of 2009.

Your electronic record will include an "obesity rating", which will be "securely shared" with government agencies and health care providers.

Like East Germany in the sixties, the Obama Democrats are turning the country into a statist's dream of authoritarian government, central planning and -- ultimately -- slavery. New bureaucracies, agencies and offices will control more and more aspects of your life. How much you can eat. What kind of health care you can receive. How much money you can earn and save.

This is only the first phase -- accomplished in less than two years -- by a federal government so out-of-control that the founders of this country wouldn't recognize it. Consider what the next few years will hold unless we obliterate the Democrat Party in November.

And from the ACLU hippies and media drones? Crickets are chirping as the White House begins its surveillance of your money and your body.

As expected, Obama is now calling the health care mandate a tax to avoid the constitutional question. Same scam that was done with SS when it changed from a mandated saving account to a tax.

Of course, there are many who won't care. They think socialism is fine as long as they reap the benefits of the other man's wealth. Or, they just think they are safe from its effects-they had better think again. How readily, observed Nietsche ,man is willing to sacrifice his freedom for bread and comfort. Obama, along with ,as well as without, his party's backing is putting into place mechanisims which give government the power to control and manipulate our lives in ways never imagined by our founding fathers. And, in ways we may soon (hell, already) find quite uncomfortable. Ah well, as Winston Churchill remarked about the 100 years of relative peace and prosperity of western civiliation before WWI , "the old world in its sunset was fair to see".

This is outrageous! I heard about this on Sussman and I thought he was joking. The health care bill? Really?? What does MY GOLD, MY PROPERTY, have to do with health care?!? Also, screw you and mind your business when it comes to my owning gold.
Even worse, who knows about this? Hardly anybody! As this nation is so overly uninterested in such things and only care about "racists" and Lindsay Lohan.