If James O'Keefe continues at this pace, de-funding NPR will be unncessary because it won't have any employees left

An NPR fundraising executive said her organization would be willing to shield a would-be donor from a government audit by keeping the donor's name anonymous, according to a series of surreptitiously recorded phone calls released on Thursday... Betsy Liley, NPR's senior director of institutional giving, made the comments to a man posing as a trustee of a fictitious Muslim charity, which the man had said had connections to the Muslim Brotherhood, an Egypt-based group that has suspected ties to terrorists. 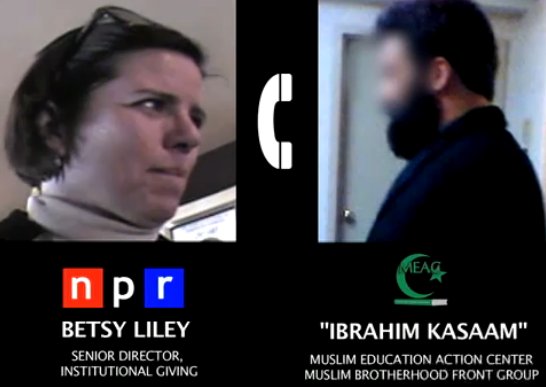 ...O'Keefe [also] secretly videotaped Liley's boss, Ron Schiller, making demeaning comments about conservatives during a luncheon meeting set up to discuss what the NPR managers believed was a potential $5 million contribution. Liley was also at that meeting and briefly comments on the video.

Ron Schiller resigned from NPR on Tuesday for his role in the video scandal. The video's release also led to the resignation on Wednesday of his boss, NPR chief executive Vivian Schiller. 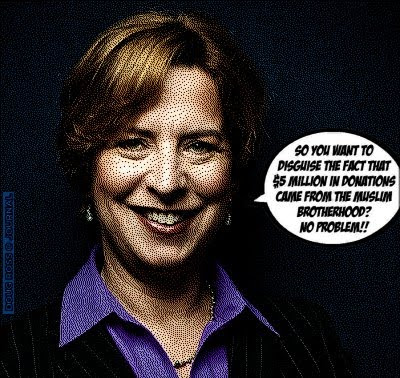 In a lengthy follow-up phone call with Liley after the lunch, an O'Keefe associate posing as "Ibrahim Kasaam " of the Muslim Education Action Center (a fictitious entity) expressed concerns that NPR, which receives government funding, would be subject to government audits or would have to disclose the source of its donations.

Liley responded, "If you were concerned about that, you might want to be an anonymous donor and we would certainly, if that was your interest, we would want to shield you from that."

At another point, Kasaam asked Liley, "It sounded like you're saying that NPR would be able to shield us from a government audit, is that correct?"

"I think that is the case, especially if you were anonymous, and I can inquire about that," Liley said. She later informed Kasaam via e-mail that NPR's management had cleared an anonymous donation from his group.

NPR had previously said, in the wake of the luncheon video, that it had "repeatedly refused" to accept donations from the organization.

NPR put Liley on administrative leave as a result of the video.

I guess we could call this a "citizen's de-funding".

Now THIS is WINNING!