John Ruberry, writing at MarathonPundit, highlights Illinois' suicidal fiscal stewardship. In short, Democrats are prepared to literally destroy the state thanks to their malevolent alliance with public sector union bosses. 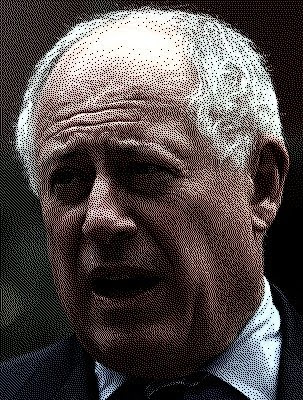 ...if the pending requests to the Illinois Labor Relations Board are approved, almost 97 percent of all state workers--including many managers--will be represented by Big Labor. Of the 50,000 state workers, only 1,700 will be non-union.

This should not be a surprise. Democratic Governor Pat Quinn has been bathing in public-sector union cash. As I exclusively reported last week, Quinn, the self-described reformer, has received over $5 million in campaign contributions from public-sector unions. And this "goo-goo" continues his attempt to unionize home-based health care workers--many of them are mothers who are taking care of their own developmentally-disabled children. The unions, and I guess Quinn, simply want their dues money to go to the labor bosses--they don't care about these people. And of course some of that dues cash will end up in the campaign coffers of Democratic politicians. Quinn, for instance.

Income taxes, with the blessing of the public-sector unions, are way up in Illinois. So is spending. Illinois has a $15 billion deficit... [and u]nionization is way up.

I don't blame him. The incessant drive for public sector unions is provably destructive.

Illinois taxpayers are already suffering mightily and, based upon these developments, should prepare to bleed more. More companies will leave, fewer people will be able to pay the oppressive tax rates, the budget deficit will swell, and the entire state will follow Michigan into fiscal purgatory.