Every once in a while we get a glimpse into GM's Chevy Volt sales and they always remind me of Chris Farley in Tommy Boy.

...General Motors lobbied for a $7,500 tax refund for all buyers, under the shaky (if not false) promise that it was producing the first all-electric mass-production vehicle... At least that's what we were once told... GM has continually revised downward its estimates of how far the machine would go before the gas engine fired, and now says 25 to 50 miles.

It turns out that the premium-fuel fired engine does drive the wheels... It's doubtful that GM would have gotten such a subsidy if it had been revealed that the car would do much of its freeway cruising with a gas engine powering the wheels. [After all, a] hybrid is a hybrid, and the Prius no longer qualifies for a tax credit. 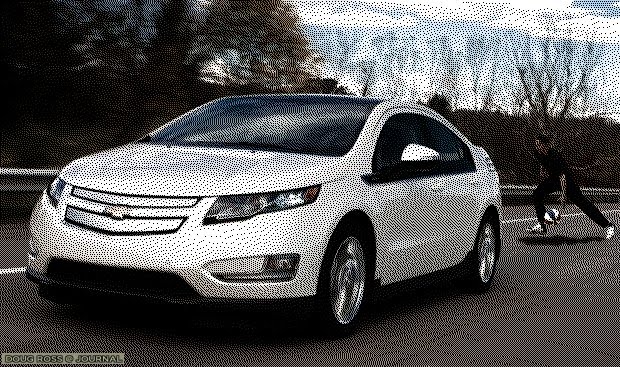 ...Recently, President Obama selected General Electric CEO Jeffrey Immelt to chair his Economic Advisory Board. GE is awash in windmills waiting to be subsidized so they can provide unreliable, expensive power.

Consequently, and soon after his appointment, Immelt announced that GE will buy 50,000 Volts in the next two years, or half the total produced. Assuming the corporation qualifies for the same tax credit, we (you and me) just shelled out $375,000,000 to a company to buy cars that no one else wants so that GM will not tank and produce even more cars that no one wants...

Don't bother waiting for Statist kooks like Anthony Weiner to decry these tax breaks for 'millionaires and billionaires'.

And a related thought: don't liberals read history books? Obviously not, because the last command-and-control economy this size was in a land called the Soviet Union.

And we all know how that turned out.

They should called the car ...drum roll please....