AT&T's recent announcement that it will buy wireless provider T-Mobile is yet another potentially crippling blow to the free market. In the exploding world of wireless, crony capitalism is helping to destroy competition.

And it's all been facilitated by horrific policies set down by the FCC and Congress, who have benefited mightily over the decades by thoroughly abusing their power to regulate.

AT&T is rallying its already massive lobbying efforts in Washington D.C., to get regulatory approval of its plan to buy Bellevue-based T-Mobile USA for $39 billion.

The WSJ reports that AT&T has a sizable lobbying army in D.C., with 93 lobbyists working its behalf. AT&T spent $15.5 million to lobby the federal government last year... 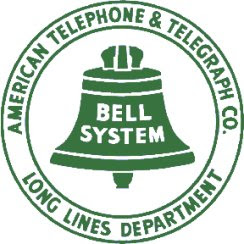 Gee, but I'm sure that's all coincidental.

And it looks like money will win out over the interests of the consumer as even the left-leaning FCC chairman appears to be open to the deal.

Executive Summary: the FCC is going to help reconstitute Ma Bell all over again. Let's call it Ma Bell 2.0.

The damage to the economy will be significant as it results in less competition, less risk-taking, less entrepreneurship, and less innovation. Higher prices for consumers and a step backwards for the U.S.

I can prove it.

Think of the most unregulated marketplace in the U.S. One with the least government intervention. If you answered software and Internet applications, you're a winner.

Over the last 25 years, the largely unregulated world of software has created untold trillions in value creation: Amazon, Microsoft, Google, eBay, Oracle, Facebook... the list goes on and on. Anyone with a good idea and some hacking skills can create a business worth tens or hundreds of millions of dollars. 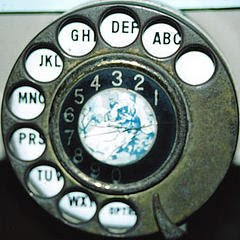 But our disastrous telecom policy-makers can't stop regulating. If the federal government wants to spend money, it should subsidize fiber optic and wireless infrastructure to every home and every business to help give consumers more choice of pipe. Nowadays Internet connectivity is as basic a service as water or sewer lines.

The government should be there to promote commerce, not inhibit it.

The country that invented the Internet is quickly turning into a technological backwater thanks to the crony capitalism of the FCC, Congress and the telco/cable duoply.

They are invested in the past -- and no possible good can come from this deal. I'll put it this way: do you trust America's entrepeneurs or a Ma Bell reconstituted by a bunch of hacks in Washington?


Related: Beltway Comix: the FCC watchin' out for the little guy

MySpace has just been determined "too big to fail".