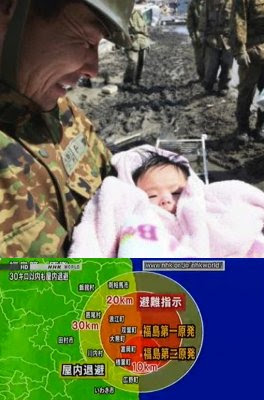 Palin: The GOP cannot allow the status quo to continue: Cubachi
WI GOP Did Not Violate Open Meetings Law: ConWatch
If they're talking about holding Michigan, O's in trouble...: Toldjah

Astounding Before And After Photos Of Quake: Insider
The Scariest First-Person Video of Tsunami Yet: Gizmodo
Japan Braces for Potential Radiation Catastrophe: Reuters

No wonder Christie didn't join the Obamacare lawsuit: Riehl
It was never about collective bargaining: Boortz
Why It's Bad Business to Hire the Long-Term Unemployed: Blumer

ABC, CBS, MSNBC, NBC and NPR Ignore Death Threats to Wisconsin Republicans: NewsBusters
If NPR Is Non-Biased… Why Is MoveOn.org Trying to Save Them?: GWP
My NCAA challenge for President Obama: JPA

Does Being A Conservative Now Require That We Join In Sexualized Mocking of Conservative Women?: LegalIns
Butcher away, Terrorists: HuffPo's Progressives have your back.: RWN
AOL-Huffpo Makes Big Hires, Installs Nap Room: Forbes

What if they are already here?: Ledeen
Obama's Moment of Truth in Libya: New Republic
U.S-trained Forces Arrested in Brutal Murder of Jewish Family?: Atlas

Here's Your Lineup For Worst Company In America 2011!: Consumerist
Do Not Drink An Entire Bottle Of Soy Sauce: Consumerist
So How Much Does Charlie Sheen Spend On Coke And Hookers?: ZH

QOTD: "Barack Obama has bluntly declared that Qaddafi must go. The Libyan resistance, based in Benghazi, has appealed urgently for the imposition of a no-fly zone. Incredibly, the Arab League has endorsed the call, as has the Gulf Cooperation Council. France has recognized the rebel provisional government based in Benghazi as Libya’s legitimate government—while Obama studies this all. Can anyone remember a time when France and the Arab League were ahead of the United States on a question of defending freedom fighters?

...If Benghazi falls to Qaddafi, it will fall hard and bloodily, and the thud will be heard throughout the world. ... Time may be running out" --Larry Diamond, The New Republic

I find the Palin offering rather silly. The fashion was so overplayed on Mrs. Palin regretfully. This is someone who eagerly joined the Maverick Platform, which was nearly identical to the Democrats even calling for a mindless "cap and trade" swindle with massive taxation.

Today, the fashion amongst our own fine base somehow thinks Huckabee, who taxed and spent more than Clinton did in ARK over the same time period, who gave mindless pardons to dangerous criminals, is somehow a "conservative".

Mrs. Palin herself, provided massive tax increases for the Oil Industry and even created 'climate panel' bureaucracy in Alaska.

Her abandoning her sworn oath - the responsibilities as Governor has ruined her credibility even further.

Having Mrs. Palin lecture the GOP, is an obvious play on the fashion, which has been far from reasoned, serious, objective, savvy, empowering. It fits the foolish "Delaware Disaster", and is all so easy from the sidelines.

Boehner, Ryan, etc., are simply far more trustworthy at this point, and should be given a little chance - some fairness.

The reactionary fashion which is peddled on a daily basis by so many, simply is not sound conservatism. It is as if some want to lose, want to fail, and some are crying loudly simply for their own gain.

Sarah Palin seems to be able to offer a lot of judging, but cannot even engage in a challenging interview. It says a lot.

We better get it together as a team, offering sound, reasoned, constructive, serious, professional, patient, resolved efforts. For we simply cannot afford to enable the opposite Democratic Partisan disaster anymore.