And the Hits Just Keep On Coming

Turning our attention away momentarily from the unfolding catastrophe in Japan, please consider the following, er, historic milestones.

• Biggest Jump in Food Costs in More Than 36 Years: "Wholesale prices jumped last month by the most in nearly two years due to higher energy costs and the steepest rise in food prices in 36 years... Food prices soared 3.9 percent last month, the biggest gain since November 1974."

• Building permits fall to all-time low: "The number of permits for future housing construction fell 8.2%, to an annual rate of 517,000 permits last month, down from a revised 563,000 in January, the Commerce Department said... That was the lowest level seen since the government started tracking the figures in 1959, and much worse than the 565,000 permits economists had expected." 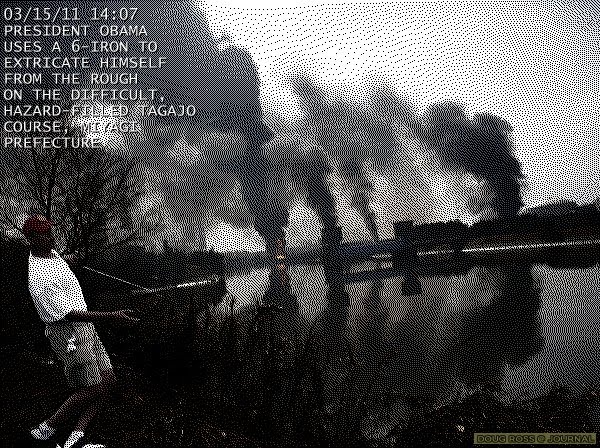 • Total US Debt Hits $14.237 Trillion, Debt Ceiling At $14.294 Trillion: "Following the settlement of $67.6 billion in debt from last week's auctions, the Treasury managed to raise its dangerously low cash to a level that will give Tim Geithner pocket change for another week, or $99.5 billion. Alas, the cash buffer came at a price: total debt increased from $14.166 trillion to $14.238 trillion. As a reminder, the debt ceiling is $14.294 trillion, so on a pure basis there is a $56 billion buffer or less than one's week's worth of auctions."

• Obama picks Kansas to win NCAA men's tourney: "President Obama picked the Jayhawks to beat Ohio State in the finals of the men's NCAA basketball tournament... Obama picked Kansas last year -- and watched them lose in the second round, as Duke went on to capture the men's hoops title."

• Obama bucks up donors for 2012 fight: "Working to invigorate one of his most important constituencies, President Barack Obama urged major Democratic donors Wednesday to hang on to the enthusiasm they felt during his first run for the White House as his 2012 re-election campaign approaches... Obama made his remarks to about 500 members of the Democratic National Committee's national finance committee and national advisory board at a Washington hotel. These major donors will play a crucial role in the money race [for 2012]."

Are we having fun yet?