Question: At what point does the NAACP become so completely disconnected from its legendary past that it turns into a punchline? Answer: That would be now.

A former supervisor in the Dayton VA Medical Center’s dental clinic blamed intervention by the NAACP for foiling his efforts in the early 1990s to remove a dentist whose lax infection control practices put patients’ safety at risk. 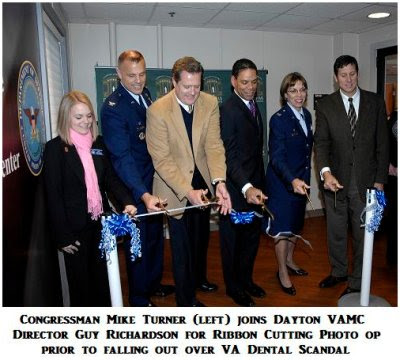 Dr. Dwight M. Pemberton continued to practice dentistry at the Dayton VA, often failing to change latex gloves and sterilize dental instruments between patients, according to VA officials... Between 1992 and July 2010, 535 patients who had invasive dental work by Pemberton may have been exposed to bloodborne pathogens, the VA said. Nine have preliminary positive results for hepatitis B or hepatitis C.

In the early 1990s, “I came very, very close (to) limiting his (Pemberton’s) privileges, but at the eleventh hour ... the race card was played, and the direction I got from above was that we were going to reverse course and try something different,” the supervisor told VA investigators in September...

...The supervisor, according to the transcripts, believed he was barred from discontinuing Pemberton’s privileges due to a letter the VA received from the local NAACP chapter in support of Pemberton, who is black... VA investigators told the supervisor they knew other clinic workers had reported Pemberton’s poor infection control practices to him....

...Pemberton, who had been earning $165,878 per year, retired Feb. 11 at age 81 while administrative action against him was pending. He had not seen patients since July, when two clinic workers alerted VA officials outside the clinic of his poor infection control practices.

Dr. Martin Luther King, Jr. wouldn't even recognize today's NAACP, which embraces inequality and radical divisiveness. Its one-sided advocacy for the Democrat Party, which has failed people of color for 8 19 decades in a row, is proof that it is little more than an anachronism.