Tea Partier Arrested in Wisconsin and Charged With Death Threats 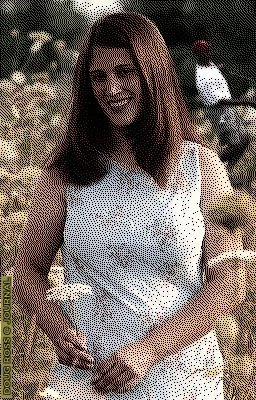 A 26-year-old woman was charged Thursday with two felony counts and two misdemeanor counts for allegedly making email threats against Wisconsin lawmakers during the height of the battle over Gov. Scott Walker's budget-repair bill.

The subject line of the second email was: "Atten: Death Threat!!!! Bomb!!!" In that email, she purportedly wrote, "Please put your things in order because you will be killed and your families will also be killed due to your actions in the last 8 weeks."

"I hope you have a good time in hell," she allegedly wrote in the lengthy email in which she purportedly listed scenarios in which the legislators and their families would die, including bombings and by "putting a nice little bullet in your head."

Want to take a guess as to which Democrat front group and/or public sector union she reports into?

Choose from: AFSCME, Organizing for Libya, the SEIU and WEAC.

She's got nothing to worry about. 100% guaranteed a full Presidential pardon (that the media will 100% ignore).

Typical Madison, WI moonbat. Gawd, I live here...why?
I'm so sick of the closed mindedness of the population around here. I use to hear that phrase when I was a kid...but it was from the left slinging it towards the right.
Communist pinkos now have control of the societal thought. If you conservatives think that all we have to do is UNDO the laws and other lefty crap then life will be soooo much better......better think long and hard about that. We have to undo 50 years of thought and brainwashing before you will see our country return to the founding fathers ideal
Steve

How so? There is absolutely no indication from any source, so far, that the accused has any union affiliation.

Will you retract this falsehood when you can't find currently posted proof? Or just stick to this nonsense?

Looks like she’s a Democrat. A Katherine Leclair-Windels posted to the facebook page of the Wisconsin College Democrats. That profile has been scrubbed, but it’s in google cache.

This same person is an alum of of Madison Area Technical college.