An Open Letter to Union Members Only (Not Bosses)

Did you know that your very own union bosses are working against you? Did you know that almost all union officials are out to make themselves wealthier and more powerful -- while impoverishing you in the process? And did you know that this is easy to prove, if you can just assemble the puzzle pieces? Please consider: 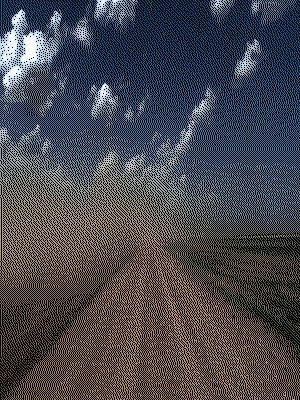 • Mining Workers - According to a study by the United Mine Workers of America, a new EPA rule cracking down on 'airborne toxins' could cost 250,000 workers their jobs.

• Farm Workers - Legendary unions like the UFW are threatened by oppressive EPA regulations ranging from oversight of spilled milk to dust kicked up by farm equipment. By making farming more expensive with onerous regulations, fewer dollars can be spent on workers' salaries and benefits. Layoffs of union members will be the inevitable result.

• Labor - For at least a dozen years, certain powerful union bosses have advocated open borders policies. In 2000, the AFL-CIO's bosses "called for blanket amnesty for illegal immigrants." And today, despite high unemployment, leaders of big unions like the SEIU still pursue the same policy of "comprehensive immigration legislation (i.e., amnesty)." This could cost union members hundreds of thousands of jobs as lower-wage workers displace American citizens throughout the economy.

When you get your next paycheck, take a minute to calculate how much money is going to union dues (for example, $90). Multiply that by the number of pay periods per year (say, 26). The total (in this example, nearly $2,500) is going to line the pockets of the union bosses and donate exclusively to one political party: the Democrats.

And they do so with the full knowledge and help from the union bosses who support Democrats.

If you want to save this country for yourself and your children -- to save this country from rampant deficit spending, insane immigration policies, nightmarish environmental regulations -- you need to ignore the bosses whose mansions and boats you're funding with your hard work. You must throw out the Democrats bent on destroying you and your family.

America hangs in the balance.

Good letter, Doug. Too bad no union member will read it, since it was written by a conservative (i.e. "the enemy").

Wake up union members… union leadership is hell-bent on destroying the middle class. That includes you. They will help collapse the economy, then side with government officials and leave you in the dust. That is the historical pattern. You can research it.

It needed to be said. Blind faith in your leaders will get you sold down the river every time.

I have worked for 4 companies in my lifetime. Three of them were unionized and went bankrupt. The unions have also succeeded in bankrupting their own pension plans: http://www.dol.gov/ebsa/criticalstatusnotices.html

Of course those are the rank and file plans that are bankrupt, not the union officers: http://washingtonexaminer.com/special-reports/2009/06/union-officer-pension-funds-remain-flush-rank-and-file-retirement-plans-dete