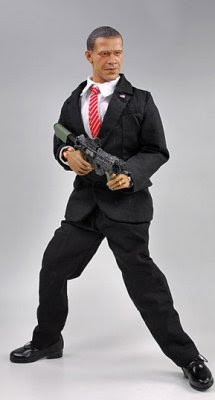 Be Bold!: AT
Strange What Gets Them Excited In Wisconsin: LegalIns
Daley: Failed Mayor of a Failed City: RWN

My suggestion to replace Couric: Tatler
In Denial: Bill Moyers Claims 'We've Heard No Reporter -- Not a One' Advocate Liberal Ideas on NPR: NewsBusters
Why We Elected an Unqualified Lie: EIB

Worry Over Islam Like Hitler’s Hatred of Jews?: PJM
Islam In Norway: Bullying Kids For Being Blond; Children Threatened If They Bring Salami To School: BigPeace
Threatened With Death for Finding a Link Between Islam and Evil: Moonbattery

Tools of Tradecraft: More Spy Gear From the CIA, Others: Wired
Identifying Tor Users Through Insecure Applications: Schneier
An Unsung Hero of the Nuclear Age: Slate

1) Obama sends us to War #3.
2) Obama then goes on vacation.
3) Obama then hands Soros-dominated Petrobas an oil rig permit. Something we’re not allowed to have.
4) Petrobas can now drill in the Gulf of Mexico. Something we’re not allowed to do.
5) Petrobas then will sell the oil to the US. Because we can’t drill our own.
6) Obama admits the trip to Brazil is to help the economy of Brazil – while completely ignoring our ruined economy.
7) During all this, Obama almost completely ignores the earthquake/nuclear meltdown in Japan, the effects of which have now reached our shores.

I dare – DARE any Liberal to defend this." --Lumpy Gravy

"The fact that we are here today to debate raising America’s debt limit is a sign of leadership failure. It is a sign that the U.S. Government can’t pay its own bills. It is a sign that we now depend on ongoing financial assistance from foreign countries to finance our Government’s reckless fiscal policies. … Increasing America’s debt weakens us domestically and internationally. Leadership means that ‘the buck stops here. Instead, Washington is shifting the burden of bad choices today onto the backs of our children and grandchildren. America has a debt problem and a failure of leadership. Americans deserve better".