If it hadn't been apparent before, it's now crystal clear that the Obama administration has declared open season on American businesses. Please consider Union-Controlled NLRB Approves Union Thuggery in Union Elections.

On Friday, in its continuing attempt to hand over the American workplace to union bosses at all costs, the union-controlled National Labor Relations Board has thrown employees’ rights under the bus once again. This time, however, the NLRB’s obedience to union bosses could cause employees to get hurt...

...Unbelievably, on Friday, the union-controlled NLRB ruled that threats of physical violence by pro-union supporters is not coercive. 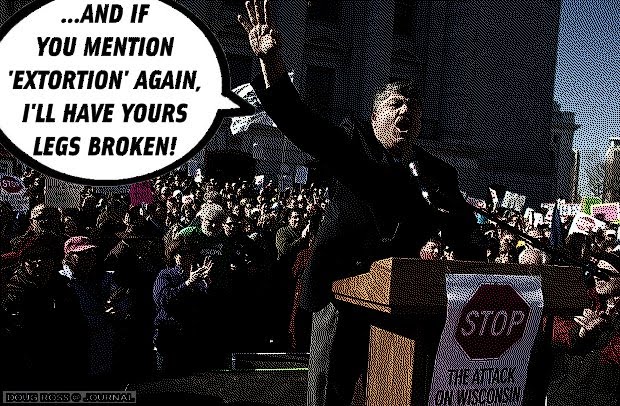 On August 22, 2008 the NLRB conducted an election where, by a vote of 14 to 12, the red-shirted Communications Workers of America (CWA) won the vote. Following the election, the employer filed objections, requesting the NLRB to overturn the election based upon alleged threats of physical violence made by pro-union supporters to their co-workers.

Specifically, the objections cite a statement by prounion employee Anthony Hodges to employee Matthew Abel that Hodges could “whip [employee Dennis Sheil’s] a*s” or sabotage his work; an anonymous telephone threat to employee Lou Mays that the caller would “get even” with him if he “backstab[bed] us”; and statements by prounion employee Chris Verbal to a group of three or four employees that Verbal would “b*tch slap” two other employees (who were not present at the time) or “whip their f—in’ ass” if they “cost us the election,” and that he would “whip [supervisor] Eddie’s ass” if the Union lost.

According to the union-controlled NLRB, the above threats were approved because... well... they just weren’t bad enough.

...Given that the entire voting unit in this case was less than 30, it is hard to imagine that the threats from the pro-union supporters did not have some bearing on the outcome of the election—especially as the union only won by two votes.

We are now seeing the fabric of our institutions fray at their edges and begin to tear.

I've said it before and I'll say it again: the modern Democrat Party is operating lawlessly and without the slightest regard for America's past, present or future. I hope and pray that we can survive another two years of this president.

Can't say I'm surprised at all. Be it union thugs, the New Black Panthers or anyone else on the left, they can intimidate and break laws left and right under this administration.

However, God forbid you "target" a congressional district if you're Republican or a conservative. Then you're guilty of inciting violence.

I don't use my real name on these posts for fear of retribution. It's career suicide to work in a government funded job and be a Republican.

They weren't "coercive threats." They were "tough love."

Card check will fix all of this. [/sarc]