Establishment GOP: yes, we'll fund Obamacare with our Continuing Resolution and, as an aside, do we get to call it BoehnerCare now?

I had serious concerns about the Republican establishment from the moment of victory in November. When selecting the House leadership team, it purposefully excluded one of the best-known Tea Party candidates -- Michele Bachmann -- who had done more to mobilize the 2010 landslide than John Boehner, Eric Cantor and the other "leaders" combined.

Now that it has become clear that the current Continuing Resolution will help cement Obamacare in place -- by establishing a $105 billion permanent funding mechanism -- the House leaders still refuse to excise the diabolical spending measure.

In other words, they're violating their first promise to you, the electorate that put them in office. 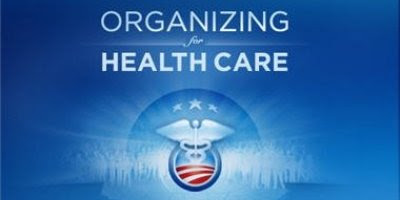 Congressional leaders predicted Sunday a proposal to cut federal spending by $6 billion would pass both chambers and keep the government funded through April 8... The growing bipartisan consensus behind the second stop-gap spending proposal means a showdown over a possible government shutdown will be delayed until next month...

...Leaders from both parties said the emerging agreement signals that Democrats and Republicans have begun to find common ground and expressed hope there would be a deal to approve a federal budget through the rest of the 2011 fiscal year... The current stop-gap spending measure will expire after March 18.

...House Majority Whip Kevin McCarthy (R-Calif.) told CNN’s “State of the Union” on Sunday that he’ll have enough votes to pass a three-week spending measure... "We will get it through," he said.

In other words, the old guard is twisting arms behind the scenes, trying to force Tea Party conservatives to abandon their promises.

Fortunately, a few individuals and organizations are standing tall against the House leadership's ridiculous behavior.

Led by Michele Bachmann and Steve King, conservative Rep. Tim Huelskamp and others have pledged to vote 'no' on the Continuing Resolution.

And well they should, given the recent disclosures of the diabolical fiscal time-bomb exposed by former Congressman Ernest Istook this week. 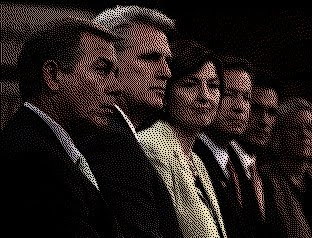 The massive 2,700-page health care law is deliberately designed to make defunding and dismantlement difficult. Although original estimates reported that it created 159 new government agencies, the Congressional Research Service later concluded that the actual number of new agencies, boards, etc., “is currently unknowable,” because so many of them are empowered to spawn additional entities, just as weeds grow by sending out runners and seeds.

...The new law attempts to bypass the normal appropriations process, another feature that makes defunding more difficult. By making advance appropriations for tens of billions of dollars up to the year 2019, these provisions of Obamacare seek to remove spending decisions from the reach of the current Congress and from future Congresses and Presidents...

...One largely unknown fact is that $6-billion or more was immediately appropriated in the new law and approximately $105-billion more was appropriated for FY2011 and beyond. That violates the typical Congressional process of appropriations. The normal process typically involves enacting authorization bills that authorize spending, and then follows those with separate legislation that actually appropriates
the money. This enables those to be balanced with other spending decisions. The PPACA contained large authorizations for future appropriations as well as containing these actual appropriations. That made it quite different from most bills, even major legislation. 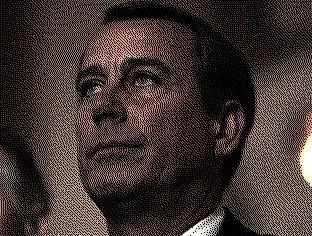 ...To de-fund Obamacare, it is insufficient simply to deny future funding. Until the full law can be repealed, at least the existing and advance appropriations need to be rescinded, just as the House last month voted to repeal billions of dollars from previous appropriations to 123 federal programs. An effort to restrict use of the funds appropriated within Obamacare was thwarted because the House did not waive the same point of order (House Rule XXI) as it waived to allow de-funding those 123 other programs. This was most unfortunate...

...in Obamacare, passed during FY2010, we find advance appropriations are made [until] 2019. That is ten years of appropriations... nobody has [ever] proposed that any Congress should make spending decisions trying to bind a future Congresses a full decade in advance... Making many years’ worth of advance spending decisions is an attempt to handcuff the current Congress and prevent it from determining current levels of spending.

...Spending decisions should be made by those who currently hold office, not by those who have resigned or been turned out by the voters.

...I am glad that the committee is looking legislation to pull back the funds previously appropriated for Obamacare, but I must caution you that timing and leverage are important parts of your effort. If it takes years to halt the funding stream, then meantime billions of taxpayer dollars will already have
flowed out of the Treasury. The underlying law will have sunk its roots deeper into the nation, making it more difficult to uproot. That is why I believe the appropriations process itself must also be used to extinguish these advance appropriations...

...defunding can be done and should be done, and internal Congressional protocols should not be used to block this.

Worse still, the GOP old guard appears either confused or woefully weak on defunding Obamacare. As Istook observed in his testimony the House struck billions in prior appropriations from 123 separate federal programs.

But Speaker John Boehner, interviewed by The Washington Times, couldn't even coherently explain why House leaders didn't remove Obamacare spending just as they did with the 123 other programs.

Mr. Speaker: there's a thing called leverage in negotiation. Either you want Obamacare, because you've become a power-hungry Beltway hack, or you don't. Right now, your Continuing Resolution tells me that you want to see ObamaCare implemented. After all, think about how much power you'll wield, what with all of those hundreds of billions in spending, and the thousands of lobbyists and corporations all trying to get their voices heard.

This message is not directed to the Republican old guard. This message is for the Tea Party conservatives: shut the government down. Hell, if you keep raising the debt ceiling, the whole system's going to collapse anyhow! Boehner's not a member of a Tea Party and could care less about Constitutional conservatism. He's too weak, too cowardly or too much of a power-hungry Beltway hack to act.

The Democrats are literally at war with America, and the Republican old guard won't even put up a fight.

Call your member of Congress now at 202.224.3121 and tell them, "Vote NO on the Continuing Resolution because it doesn't cut funding for Obamacare!" Be polite, but firm.

It's time to put our foot down and that foot is us*.

Disgusting. Unless they fulfill their promises, BoehnerCare it is.

The word is "vigilance"

Headed to the phone now

Time to vote Third Party or even Democrat if it results in these sell out Republicans losing their job. If they screw us, we can screw them right back.

Again, this is absolutely over the top.

Again, this is exactly the overt reactionary Anti-GOP sophistry which enabled the opposite after 2004.

Again, this is inviting the same folly as the Delaware disaster...

Ms. Bachmann is wonderful, even if she doesn't know her history, and frankly shows her facts are a little off - but that doesn't mean some of Our finest follow the emotive nonsense over a cliff.

Seriously, Mr. Ross is simply better than this - running to reactionary conclusions without all the facts is a loser, far from conservative.

A very nutty blogger once ruined his credibility with some insane "real world" fantasies.

We best get your heads clear, feet firmly planted on the ground, and stop foaming at the mouths.

I don't think you understand, they aren't "wusses" or "balless" or "really want to defund obamacare but don't have the guts to." They actually WANT Obamacare. I don't think you realize that the Establishment GOP isn't exactly on our side.