The Obama Doctrine: Libyan Rebels Should Expect To Be Bombed By U.S. Warplanes If They Attack the Wrong 'Civilians'

Via Salon Magazine, The New York Times reports that the Obama administration is prepared to attack its ostensible allies -- Libyan rebels -- if they start whacking "civilians".

..."We’ve been conveying a message to the rebels that we will be compelled to defend civilians, whether pro-Qaddafi or pro-opposition,” said a senior Obama administration official. “We are working very hard behind the scenes with the rebels so we don’t confront a situation where we face a decision to strike the rebels to defend civilians.” 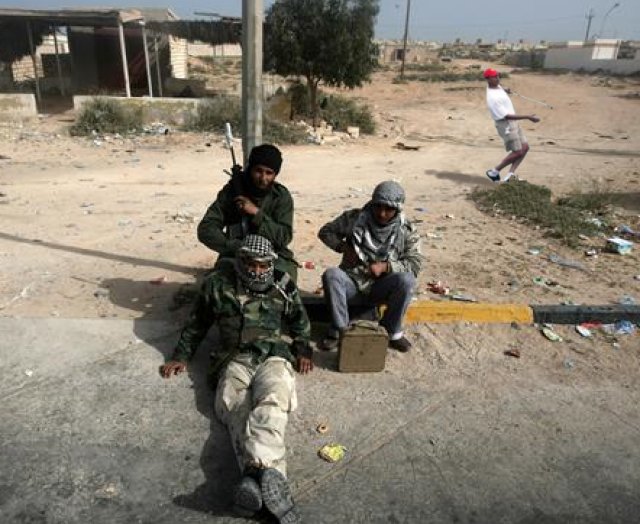 The warnings, and intense consultations within the NATO-led coalition over its rules for attacking anyone who endangers innocent civilians, come at a time when the civil war in Libya is becoming ever more chaotic, and the battle lines ever less distinct. They raise a fundamental question that the military is now grappling with: Who in Libya is a civilian?

Well, that question appears to have been answered by the unquestioned military genius -- the Lioness of the Senate -- Dianne Feinstein (D-CA). She would like to... wait for it... arrest Gaddafi.

Air strikes haven’t forced Moammar Gaddafi to flee Libya, she told Andrea Mitchell at MSNBC yesterday, but you know what would work? A warrant for his arrest, courtesy of the International Criminal Court. All we need to do is to, er, “go in and arrest him”.

And this is what passes for "thought leadership" in the modern Democrat Party.

Which is why I call this campaign Operation Merciless Unicorn.

Somebody needs to send a message to world leaders that American civilians are being harmed by an undocumented immigrant who occupies the White House. Maybe they'll send help.

Silly Rabbit. It's simple. The civilians are the people not wearing military uniforms. No, wait.......