Via Glenn Reynolds, the blog comment of the day, month and/or year.

Obviously, the biggest problem with Bush was sending the military into an Arab Muslim country that hadn't even attacked us. Among the several things that made that offensive were 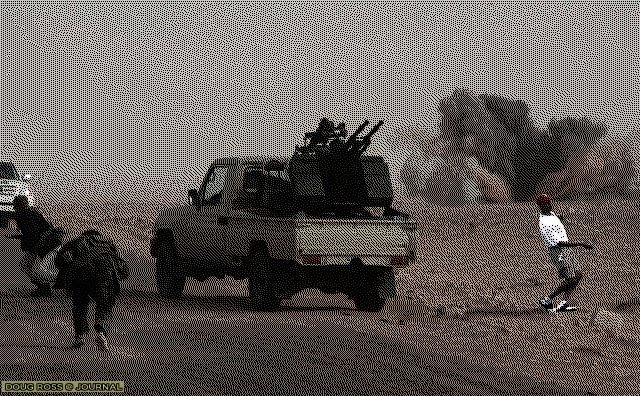 • lack of Congressional oversight - the President authorized the use of military force based on the flimsy pretext of a bill passed by Congress titled "Authorization of the Use of Military Force", rather than seeking a document that had the words "declaration of war" in it; that's every bit as bad as getting no Congressional approval at all

• obvious financial motives - clearly no one approved of the murderous dictator or sought a normal working relationship with him besides the French; at the same time, one couldn't help but be suspicious of the fact that the population we were ostensibly protecting was located conveniently near the oil fields

• stretching our military - we were overburdened as it was, and our brave military despite its courage lacked the resources for yet another operation

• inflaming the Arab Street - despite some touchy-feely talk about Islam, it was impossible for the Muslim world not to notice how the President made repeated, insistent proclamations of his Christianity, how he only ever used the military against Muslim targets, and how at the time the war started he'd kept the concentration camp at Guantanamo open for over a year

But anyway, what I really like about Obama is that he's gone 29-3 in his bracket picks over the first two days. You have to spend a lot of time watching college basketball to be that good.

Wow. I recommend putting ice on that.

Speaking of complete whores... Jim McDermott(D) actually visited Saddam, in spite of the 17 UN resolutions against him, and spent his every waking moment undermining America and criticizing Bush(R). But I just watched him on TV dismissing Barack Hussein Obama's ignoring Congress, ignoring the law and pandering to the UN with a "well I think the President has handled this very well".

I swear Barack Hussein Obama could stab a baby to death with a rusty butter knife and every (D)emocrat and MainStreamMedia outlet would immediately start goose-stepping the narrative "well I think the President has handled this very well".