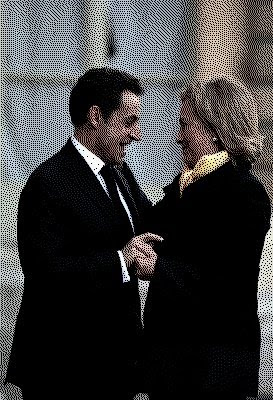 The 'Untouchable' $23.6 Billion: Foundry
RINOs anonymously slamming conservatives to media: RS
Should illegals be able to sue the government?: RWN

AFL-CIO chief wants to get into elementary schools: Noisy
TSA Unionization: Exercise in Political Back-Scratching: BigGovt
No Recession at the Post Office: BlogProf

The REAL Big Oil: Hayride
Obama to Japan After Earthquake: Our Friendship Is “Unshakeable”: WZ
A Detailed Look At The Spent Fuel Rod Containment Pools At Fukushima: ZH

White House Insider: "Something Was Not Right with This President: NewsFlavor
Making It Big: Lame Cherry
Other?: RWR

All of this coming out about project gunrunner makes you wonder if this type of thing was done on the Northern side of the border.

Just spit-balling here but think about the possibility that if certain people were allowed to purchase guns when they should not of been allowed to, couldn’t that of been the case with the shooter in Tucson?

Just suppose that the skids were greased so that Loughner was enabled to carry out his plot.

The ATF let certain people take guns across the border, it’s conceivable they could have let the nutcase in Tucson access to a gun to produce their own little Reichstag moment.

This is the one who once claimed the likes of Powerline were in a secret cabal with Karl Rove.

He also lied about a vote in Congress regarding a candidate in Delaware - or was too ignorant to actually understand the simple vote to end the Democratic Partisan nonsense in the House.

Linking Riehl-nutty is more of a sign of a bad habit, stuck on mindless fashion, which is entirely unhealthy and far from serious "conservatism".