Count the following drones among those who have lost the faith.

Fed up with a president “who can’t make his mind up” as Libyan rebels are on the brink of defeat, Secretary of State Hillary Clinton is looking to the exits... At the tail end of her mission to bolster the Libyan opposition, which has suffered days of losses to Col. Moammar Gadhafi’s forces, Clinton announced that she’s done with Obama after 2012 — even if he wins again. 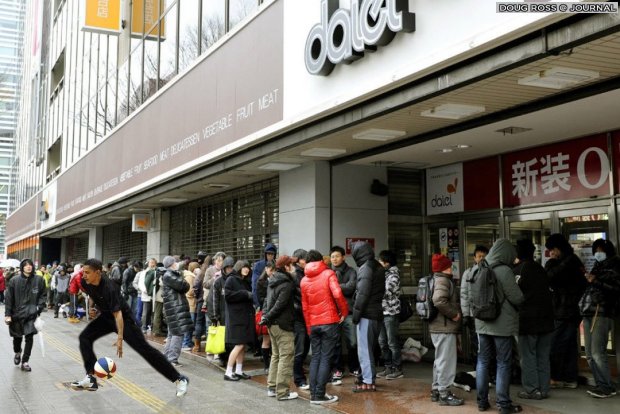 “Obviously, she’s not happy with dealing with a president who can’t decide if today is Tuesday or Wednesday, who can’t make his mind up,” a Clinton insider told The Daily. “She’s exhausted, tired... If you take a look at what’s on her plate as compared with what’s on the plates of previous Secretary of States — there’s more going on now at this particular moment, and it’s like playing sports with a bunch of amateurs. And she doesn’t have any power. She’s trying to do what she can to keep things from imploding.”

Clinton is said to be especially peeved with the president’s waffling over how to encourage the kinds of Arab uprisings that have recently toppled regimes in Egypt and Tunisia, and in particular his refusal to back a no-fly zone over Libya.

In the past week, former President Bill Clinton and Hillary Clinton’s former top adviser Anne-Marie Slaughter lashed out at Obama for the same reason... The tension has even spilled over into her dealings with European diplomats, with whom she met early this week... When French president Nicolas Sarkozy urged her to press the White House to take more aggressive action in Libya, Clinton repeatedly replied only, “There are difficulties,” according to Foreign Policy magazine.

POLITICO: Amnesty International has been very outspoken in denouncing military commissions at Guantanamo Bay, and just this month the president announced that those trials would resume for detainees, ending a two-year hiatus. What was your reaction when you heard that news?

Baez: It's a sin. There's no excuse for it in the first place. To have people detained there for nine years without having a trial boggles the imagination. I'm not sure why it stays open.

POLITICO: The president campaigned on the promise of closing Guantanamo. What does this move mean to someone like yourself, who supported his candidacy in 2008?

Baez: Part of that stuff comes from just being in office. I'm not defending him at all, but I know that people with those ideals and dreams, once you get into office, your hands are tied by so many people. My concern with Obama is, I don't know who he listens to. He's a Nobel Peace Prize winner — as kind of silly as that was and premature — but he could meet with Nobel Peace Prize winners who have moved mountains and he could do extraordinary things by not falling into the trap that I think he is: of waking up in the morning and meeting with the military. So that's all he gets for input, unless we can make ourselves heard somehow.

• And there's The Aspen Institute:

If the Aspen Institute represents America’s liberal elite, then Obama is in trouble... Lloyd Grove writes for the Daily Beast that attendees at this year’s Aspen Ideas Festival, who might be considered as Obama’s “natural base” are outspokenly critical of him. Below are excerpts from Grove’s article, “The Elite Turn Against Obama“: 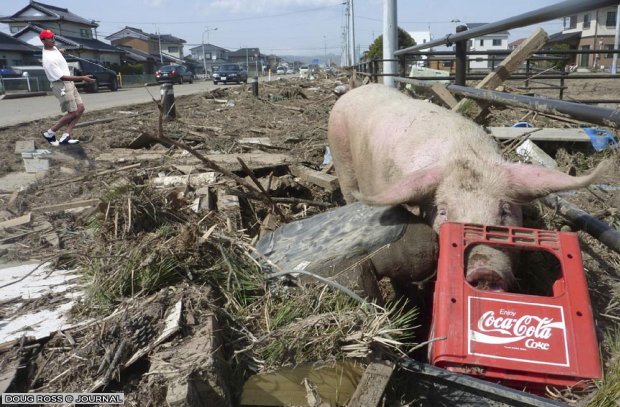 “If you’re asking if the United States is about to become a socialist state, I’d say it’s actually about to become a European state, with the expansiveness of the welfare system and the progressive tax system like what we’ve already experienced in Western Europe,” Harvard business and history professor Niall Ferguson declared during Monday’s kickoff session, offering a withering critique of Obama’s economic policies, which he claimed were encouraging laziness. “The curse of longterm unemployment is that if you pay people to do nothing, they’ll find themselves doing nothing for very long periods of time,” Ferguson said. “Long-term unemployment is at an all-time high in the United States, and it is a direct consequence of a misconceived public policy.”

Ferguson was joined in his harsh attack by billionaire real estate mogul and New York Daily News owner Mort Zuckerman. “The real problem we have,” Zuckerman said, “are some of the worst economic policies in place today that, in my judgment, go directly against the long-term interests of this country.”

Both [Ferguson and Zuckerman] lambasted Obama’s trillion-dollar deficit spending program—in the name of economic stimulus to cushion the impact of the 2008 financial meltdown—as fiscally ruinous, potentially turning America into a second-rate power.

I'd print out the complete list of those disenchanted with Obama, but my spreadsheet maxes out at 65,535 records.

YEP, but we all know the spin on Hillary is a big "con".

It is the oldest trick in the book, suddenly play the idea it is the 'individual' - not the Party or the Administration.

When Hillary Clinton was appointed as Sec. of the State Department, the NY TIMES was busy telling us how she was reduced to a figurehead, without power - now she is the one with sanity?

Hillary Clinton was in lock step with everything about Obama and their disastrous 'smart power' folly. She was the one so obsessed with Israel building on it's own land, while the entire region was revealed by the Wiki DUMP to be afraid of the Iranian Nuclear ambitions.

Hillary Clinton was the one who went to China to announce they weren't interested in "human rights".

Hillary Clinton was the one who told the world Mubarak was "stable".

Hillary Clinton was 'co-partner' of an Administration who once lied about the genocide in Rwanda.

She has been all over the map on Libya, flip flopping all over the issues regarding the entire Middle East - only sticking it to Israel. Endless weakness, appeasement, and incompetence. She fully embraced the dump on democracy and freedom (a partisan domestic sophistry to stick it to the Bush offering) - pushing the disastrous "no meddling" doctrine, which Democratic Partisans have mindlessly pushed even during the Cold War.

Sorry, Hillary can try to leave a sinking ship, but she helped drive it right into the abyss. And we should never allow these disastrous Democrat Partisans play this decoy game.

When Bill Clinton was exposed having been held in contempt by his own appointee, Democrats dumped him and started selling Hillary. Prior to that, when Hillary flopped on the disastrous Nationalizing effort of US Health Care, they dumped her and pushed Bill. Next week they will tell us how wonderful Nancy Pelosi actually was as Speaker.

This is the same old, same old. Hillary Clinton would have been just as bad as Obama as POTUS (the Clinton Record was just as bad - the 94 rejection was just as big as a repudiation of the Democratic Party failure), and her utter embarrassment as Secretary of State was predictable.

No one should let the old Democratic Partisan 'swindle' off the hook. Hillary Clinton is part of the mess, period. No sneaky rumor reports in the press can clear the responsibility of this mega disaster - Hillary has her fingernails in deep.

When you've lost the UK Express....