After a long and brutally cold winter during which Al Gore was strangely MIA -- perhaps he was hibernating, given his increasing resemblance to Orca -- the pitchman of global warming climate change has resurfaced. And he's not happy with Republicans, don'tcha know. 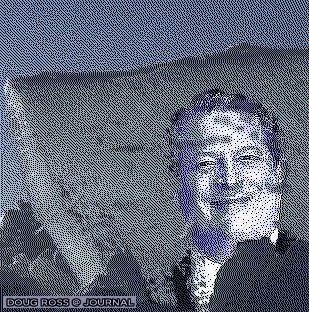 Former Vice President Al Gore is asking Democratic activists to send donations to House Democrats’ campaign arm as a check on the “extreme elements in control of today’s Republican Party.”

“Not since the dark days of the Bush administration [Ed: and its 4.5% unemployment] have we seen a Republican-controlled Congress that is so intent on pushing their agenda in Washington — protecting tax breaks for oil companies making record profits, attempting to roll back environmental regulations, and not only refusing to pass climate change legislation in any form but refusing to acknowledge that climate change even exists,” Gore wrote in a fundraising pitch...

...the former presidential candidate, who lost to George W. Bush in the disputed 2000 election, noted the DCCC was trying to raise $1 million from grassroots activists before the March 31 deadline.

If I ever came across Al Gore in a social situation, I'd just want to ask him one question (if encountering him in a dark alley, well, don't ask...): "When did your 'global warming' scam officially change its branding to 'climate change'?"

Using Google Trends can give us a hint.

You won't believe it.