One Election Away from Serfdom

David Solway's "The Origins of Postmodernitis" spurred a sublime response by 'Proreason'. It is worth reading and savoring.

Way WAY too complicated, and it misses the key point. 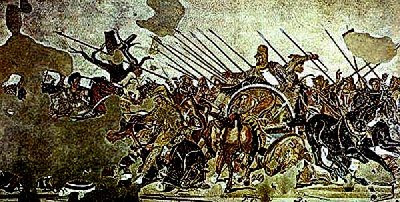 Whatever “post modernism” is, it is a subset of a massive attack on post-1776 western civilization. The American Revolution shattered the eternal construct of civilization that had been in place, unbroken, since mankind emerged from the ice ages, discovered agriculture, and settled into cities. That instigated the need for government, and government quickly and forever forced society into two dominant classes: the governing elite, and the rest, whose mission in life was to serve the governing elite. Since 1776, the goal of many in western civilization has been to restore the old order. Today, the bacteria that seek to force that will on humanity goes by the name “progressivism”, but that name is simply the latest in a long series: royalism, oligarchism, Marxism, Communism, socialism, fascism, liberalism, Statism, and now progressivism.

The names change but the disease does not. They want everything for themselves, and they want you to serve them, forever, with no chance to ever overturn their mastery again.

A lot of people can’t understand why they would destroy the wealth of the world to do that, since well over 90% (probably closer to 99%) of the wealth (read: lifestyle improvements) has been developed since 1776. The answer is simple: when you control EVERYTHING, and 99% of humanity has NOTHING, your wealth is actually far greater than it is when the wealth is spread, as it is today. In other words, Commissars don’t care whether the wealth of the world crashes, because the Commissars’ wealth and power is going up, big-time.

From 1776 until the mid-19th century, the disposed elite were in disarray and despair. Republican forms of government swept the Western world, often violently. The people could damn well see that the new way was better and they seized the opportunity. But then Karl Marx appeared with the magic elixir of royalism/progressism/et. al. – class warfare, or, at its heart -- economic envy. Since that time, economic envy has been the weapon of choice of the royalists. Indeed, with the exception of Nazi Germany, western history since the mid-18th century has been the clash of two forces, capitalism (and the incredible riches it has brought to the world) and marxism (and the misery and hopelessness it brings to everybody but the Commissars). It looks like an uneven contest, except for the fact that envy is the most powerful emotion. Lust fades, love is transient, but envy simmers and can be flared to epic proportions by a skilled practitioner, community organizer or Mullah whenever the bacteria desire.

So what about “post modernism”? Well, it’s no coincidence that it arose immediately after WWII, because that is when the Marxists felt strong enough to start their long and violent march against western civilization. Unfortunately, as it turned out, free societies actually are capable of developing significantly more military might than centrally planned societies. This, of course, should not be surprising, since free societies are many times more effective than centrally controlled societies in every respect. Russia and China quickly realized that they would never conquer the West in the traditional military way.

So they decided to subvert the West instead. Post-modernism, relativism, unions, the media, the intelligentsia, the language, the culture, religion, balkanizing and angering people in every way possible (women vs. men, homosexuals vs. the rest, blacks vs. whites, city dweller vs. country, and on and on)…all with the purpose of destroying the civilization that stands in the way of the "progressives"' re-ascendancy to absolute power.

Skip to 2011. Barack Obama, an ignorant narcissist, a dedicated Marxist, the greatest con-man in history, sits in the most powerful office in the world. He has a trunk full of tricks to distract the rubes while his masters destroy the US and Western civilization. The Marxian vision is 97% complete. They are one election away from ruling the world. You are one election away from becoming a hopeless serf, as are your children and their children. World order is scheduled to be restored in 2013.

Indeed we face "A Fork in the Road."

I have one major disagreement:

"Barack Obama, an ignorant narcissist, a dedicated Marxist, the greatest con-man in history"

Hogwash. Conservatives were not fooled. We saw directly through the rhetoric, outright lies, and nonsensical political clap-trap. Anyone who claims to have been fooled is someone who has no ability or willingness to think critically.

For those many easily fooled, it was not Obama's ability to con which won them over. Rather, the media's adoration and unwillingness to investigate / willingness to provide cover is to fully blame.

How well would have Obama done if the media did a quarter of the job we depend on them to perform?

Terrifyingly true. I hope we can last until the next election, but honestly, I have my doubts. Obama has repeatedly committed TREASON (most recently of course by helping Al Qaeda in Libya and planning to give weapons to them) which is impeachable. If only our elected officials, especially the Republicans, weren't such gutless simpering crapweasels and would for ONCE stand up for this country, our Constitution and the American people!

Shared at the A-C page, BTW.

Grrrr Power, time to bring out the nature of our American grizzly spirit.

Stop handringing, be bold and fearless; truth and justice are on our side.

Good characterization; I just have one question.

How, exactly, was Nazism an exception to "the magic elixir of royalism/progressism/et. al."? Nazism was just a nationalistic flavor of the same impulse.

The Nazis were cited as an exception because of the unusual nature of their nationalistic / uber-racist ideology. They were true believers in something other than naked power for themselves, unlike, for example, Stalin, who didn't really have an ideology other than total control.