As Ms. Higginbottom -- true to form for this White House -- has zero budget experience, the results were as you might have expected.

...Sen. Sessions [R-AL] confronted the nominee over false assertions from the White House regarding the president's budget. 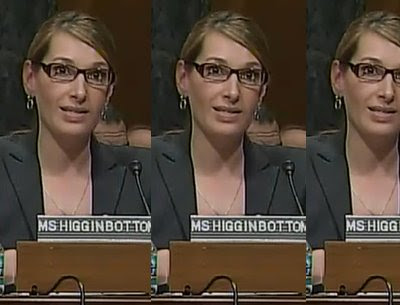 Both President Obama and his budget director haverepeatedly said that the president's budget allows us to “live within our means,” “spend money that we have each year,” and “begin paying down our debt.” 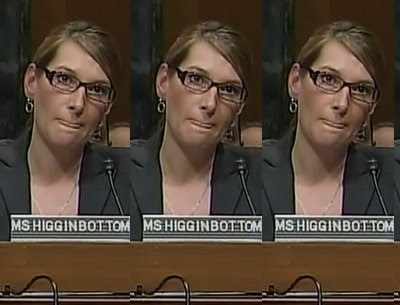 Numerous fact-check organizations have found these statements to be false, and Sessions has argued that these inaccurate claims undermine efforts to confront our growing fiscal crisis. 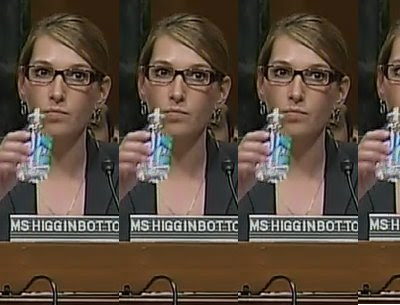 In reality, the budget that President Obama submitted adds $13 trillion to the national debt, never has a deficit less than $600 billion, and spends more than it takes in every single year.

Ms. Higginbottoms' testimony is an uncomfortable reminder of just how twisted and bizarre the Democrats' arguments for their unparalleled deficit spending have become.

She's sorta cute. No budget experience. Hmm. How much time does Obama spend with her "going over the budget"?

Honestly, I thought she did as good a job as anyone could expect in this video.

She has the unfortunate position of defending nonsense. The administration which has nominated her is full-to-the-top with bullshit, as Senator Sessions points out.

She cannot agree. Her appointment would be summarily revoked. She is forced to defend obvious lies. She does so fairly deftly.

As a person who has always been in sales, I can honestly say that there is no way I could have done better to sell this pile of crap.